Death toll in Utah flash floods now up to 15 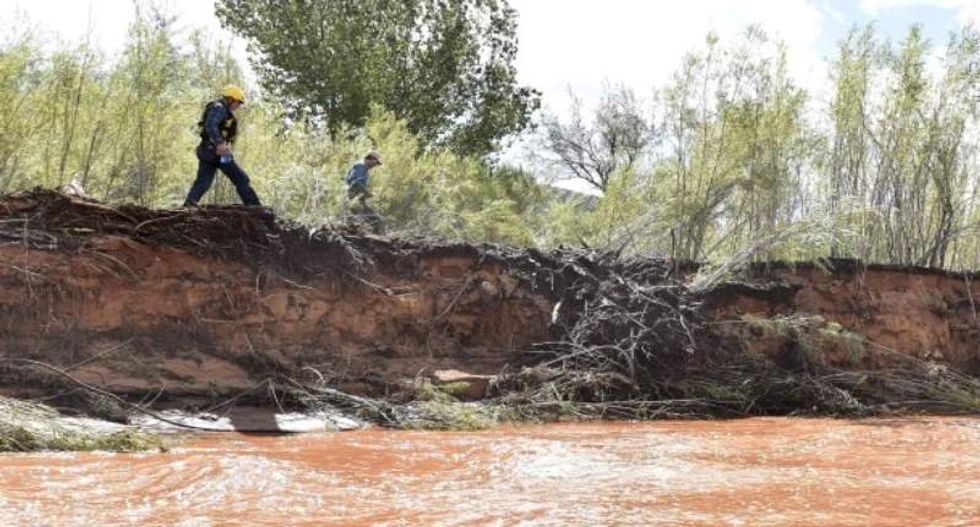 Rescuers walk along the bank of Short Creek while searching for missing residents after a flash flood in Hildale, Utah, on Sept. 15, 2015 Photo by David Becker for Reuters.

The death toll from flash floods that have struck the western state of Utah rose to 15 with five people still missing, authorities said.

Twelve of the victims were from two families who were in two vehicles caught off guard Monday afternoon by raging waters in the small town of Hildale.

"At about 5:00 pm, two vehicles were hit by floodwaters and were swept into the flood," Michelle Catwin, a local official, told AFP.

"This is the biggest flood we have ever seen."

She said three other people traveling in the two cars survived, and one was still missing.

The initial death toll on Monday stood at seven.

Authorities told local media that six of the victims were children.

Witnesses said the drivers of the two vehicles tried to back away from the floodwaters barreling through the streets but were swept anyway.

"Rangers received a report of a group of seven individuals canyoneering in Keyhole Canyon shortly before the flooding began (Monday afternoon)," emergency officials said in a statement, adding that rescue efforts were being hampered by continued rain.

A flash flood warning was still in effect at the park on Tuesday, with rivers and streams swelling to dangerous levels.