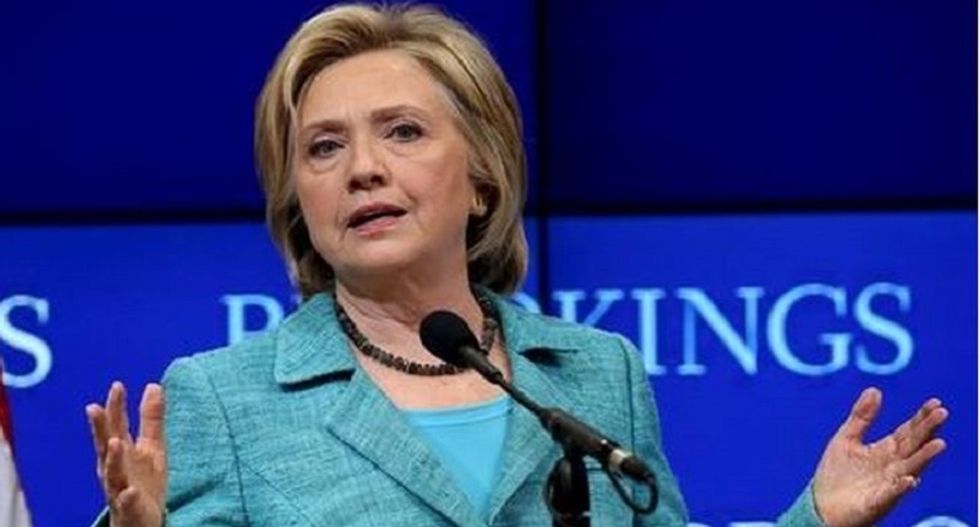 The correspondence with General David Petraeus, who was commander of U.S. Central Command at the time, started shortly before she entered office and continued during her first days as the top U.S. diplomat in January and February of 2009.

The exchange of 10 or so emails, the existence of which were first reported by the Associated Press on Friday, largely dealt with personnel issues, according to the State Department.

Clinton's use of a private email account connected to a server in her home instead of a government-issued email address came to light in March.

News of the previously undisclosed email thread only adds to a steady stream of revelations about the emails over the last six months, which have forced Clinton to revise her account of the setup which she first gave in March.

Nearly a third of all Democrats and 58 percent of all voters think Clinton is lying about her handling of her emails, according to a Fox News poll released this week.

The email arrangement has drawn criticism from political opponents who accused the Democratic presidential front-runner of sidestepping transparency and record-keeping laws and of potentially exposing classified information to hackers.

The controversy has cut into Clinton's lead in the race for the Democratic nomination for the November 2016 election.

Clinton apologized this month for her email setup, saying it was unwise. But as recently as Sunday, she told CBS when asked about her emails that she provided "all of them."

Last December, she provided what she said were copies of all 30,000 or so work emails she had in her possession, nearly two years after she stepped down as secretary of state.

She did not hand over another 30,000 emails from the period that she deemed personal and said she chose "not to keep."

The emails with Petraeus also appear to contradict the claim by Clinton's campaign that she used a private BlackBerry email account for her first two months at the department before setting up her clintonemail.com account in March 2009. This was the reason her campaign gave for not handing over any emails from those two months to the State Department.

The Petraeus exchange shows she started using the clintonemail.com account by January 2009, according to the State Department.

Clinton's spokesmen, who did not respond to questions, have acknowledged that other work emails from later in her tenure were also missing from the record Clinton handed over. They have declined to say why.

The Federal Bureau of Investigation is now examining Clinton's server as it looks into the possible mishandling of classified information between Clinton and her staff.

Media outlets, including the Associated Press, and several other groups have filed dozens of lawsuits under freedom of information laws seeking Clinton's email records.