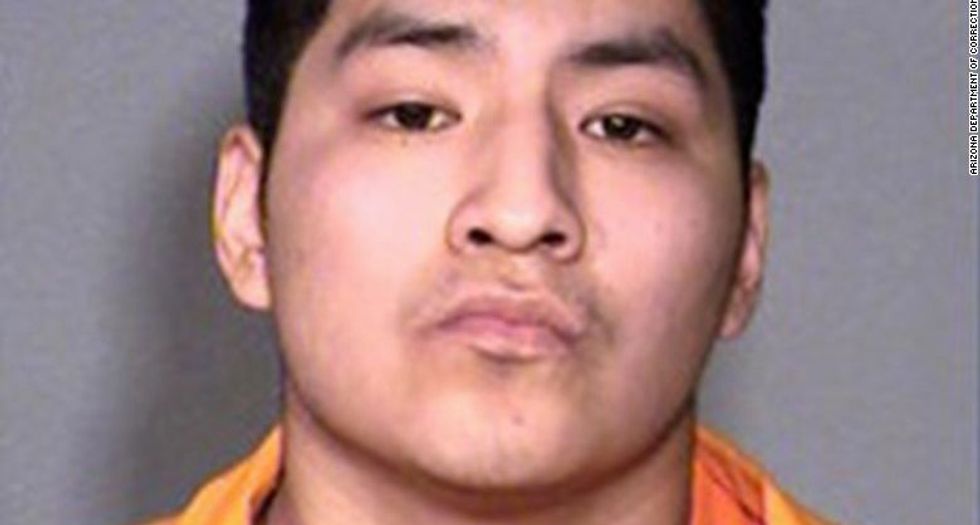 A 21-year-old inmate was sentenced to life in prison on Monday for raping a prison teacher last year in a classroom at an Arizona correctional facility, court officials said.

Jacob Harvey, already serving a 30-year-sentence for rape, received a life sentence from a Pinal County Superior Court Judge Kevin White for the January 2014 attack at the Eyman prison complex in Florence, about 60 miles southeast of Phoenix.

Harvey pleaded guilty in August to rape, aggravated assault with a weapon and kidnapping in what the head of Arizona’s prison system called a “despicable and cowardly act.”

Clad in orange prison clothes, Harvey apologized to the teacher, who was present in the courtroom for the proceedings, Davila said.

Corrections officials said in a statement that the department “appreciates that justice has been served for the violent and reprehensible criminal actions committed by inmate Harvey against our employee.”

Authorities have said that the attack came after the teacher was left alone in the classroom with Harvey, who had started serving a sentence in March 2013 for another sexual assault and kidnapping conviction.

Investigators have confirmed Harvey stabbed the victim with a pen, brutally assaulted and then raped her. No guards were there throughout.

The incident resulted in broad criticism of the state prison officials and the department being fined $14,000 for workplace safety violations. The department is appealing the fine. The teacher has filed a lawsuit against the state.