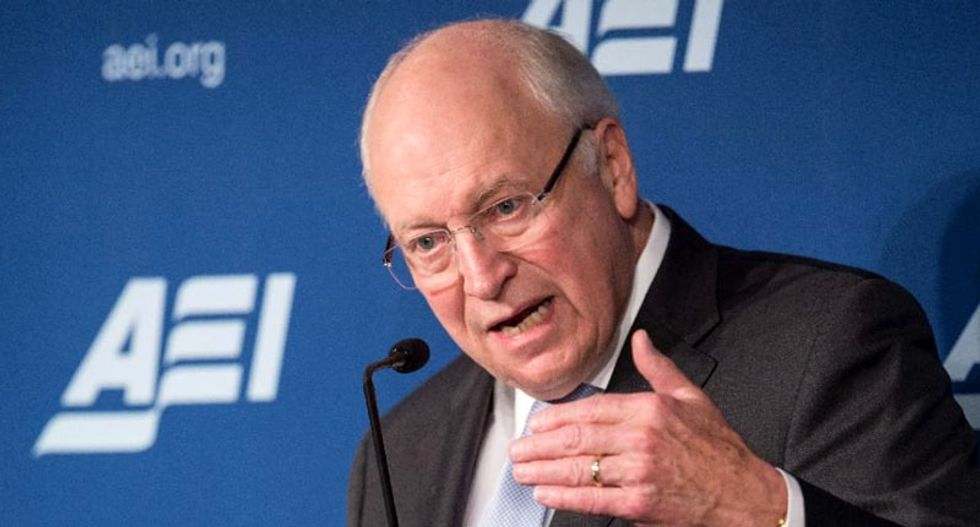 Former US vice president Dick Cheney on Tuesday blasted the Iran nuclear deal as "madness" and said it marked a "capitulation" by world powers.

Speaking at the American Enterprise Institute conservative think tank in Washington, Cheney said the deal will see the "arming and funding (of) Iran while simultaneously providing them a pathway to a nuclear arsenal."

It "is not an act of peace, is not -- as the president claims -- the only alternative to war. It's madness," Cheney added.

Struck in July after after years of negotiations to address Western concerns that Tehran was developing a bomb, the deal goes up for debate this month in the US Congress, where President Barack Obama has secured enough support to stop it being blocked.

Cheney, 74, was vice president at the time of the September 11, 2001 attacks, and was seen as one of the biggest hawks in the George W. Bush administration.

He said the Iran deal gives Tehran the means to launch a nuclear attack on the US homeland, and threatens the security of "our Arab allies across the Middle East" and the security of Europe.

The "deal has vast implications for the future security of the Jewish people," he said, noting that it would take a nuclear-armed Iran only "one day" to kill six million Jews -- the number that were killed in World War II.

Members of Congress, who return Tuesday from their summer recess, have until September 17 to debate the deal which will ease Western sanctions in return for Tehran curtailing its nuclear program.

Republicans are unified in their opposition, warning the deal leaves a civilian nuclear program intact, and that sanctions will provide Iran with a huge windfall they say could be funnelled toward terrorist operations.

Obama on Tuesday reached the magic number of 41 senators in support of the Iran deal, enough to block any resolution disapproving of the accord.

"Every member of Congress swears to defend the Constitution from enemies outside our shores," Cheney said.

"A vote to reject that agreement will do that, approving it will not."

Conservative Political Action Conference called out — for not being conservative