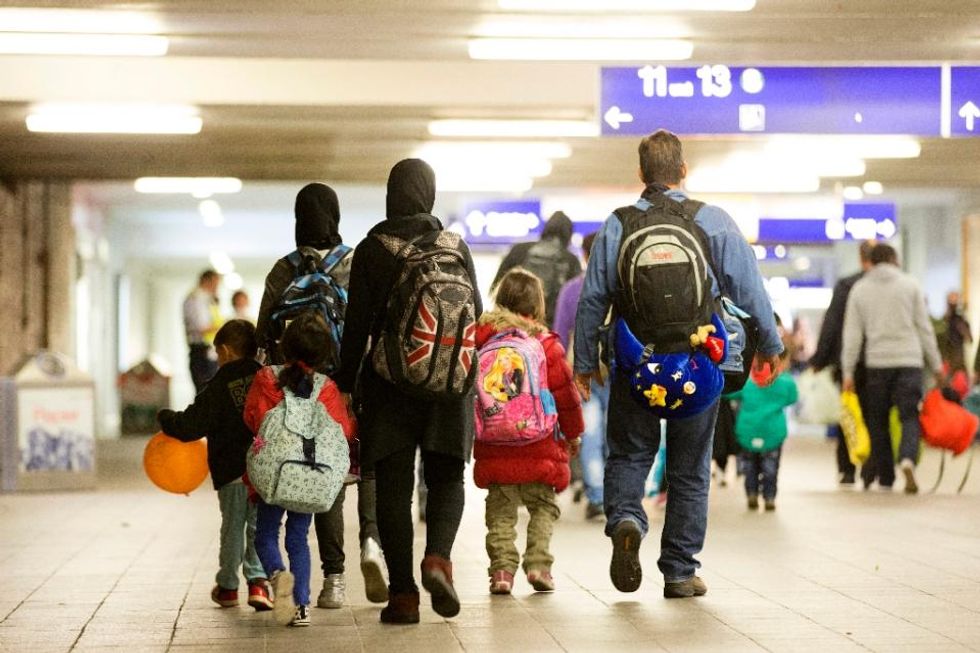 Mohammed, Fayiq, Zyad, Bilal -- an engineer, a high-school student, a cardiologist and an accountant... Or at least they were until they set off on the long and dangerous route to Europe, their promised land.

Far from backgrounds of extreme poverty, many of the hundreds of thousands of migrants and refugees inching their way through the continent studied at university or worked in good jobs before disaster hit.

And according to immigration authorities, refugees and those who work with them, this is particularly true for Syrians, whose country used to have one of the best education systems in the region before it plunged into war and chaos in 2011.

"Syrians... are looking for somewhere where they can have the quality of life that they had before the conflict," says Arezo Malakooti, head of migration research at Altai Consulting, which has done work for the International Organization for Migration and the UN.

"Syria was very much like a European country before the war, with relatively good standards of living, a relatively educated population.

"You had poor people in the country as well but in general, it stood out in the region."

Take Mohammed al-Taweel, a computer engineer from downtown Damascus who landed on the Greek island of Lesbos this week.

"There was nothing I could do in my country for myself or for my future," he said on the beach, drying off in the sun before setting off on the gruelling 60-kilometre (37-mile) walk to the main town.

The 24-year-old said he wanted to continue working as an engineer, but acknowledged he may need more diplomas wherever he ended up.

Data collected in Germany between January 2013 and September 2014 show that 78 percent of Syrians who arrived in the country came from middle or upper class sections of society and had a good education, according to the country's Federal Office for Migration and Refugees.

German Labour Minister Andrea Nahles sought to lower expectations this week by telling lawmakers that the "Syrian doctor is an exception", as a large part of refugees walking through Europe also come with very little education or resources.

But a translator in a centre for asylum seekers in Berlin confirmed that the Syrians who came through were by-and-large well educated.

Many Afghans also make the trip through Greece into Europe, and while their country suffers from poverty and low literacy rates, those who leave are not always the worst off, says Malakooti.

In Lesbos, Fayiq Abubakar, an 18-year-old from Mazar-e-Sharif in Afghanistan, is headed to Germany where his uncle lives.

He wants to study international trade and finance after going to one of the "top three schools" in his area.

Through her research, Malakooti says she has found that the realisation there is a better life elsewhere is much more influential in pushing people to migrate than "absolute need."

"Often as income levels rise, the desire to migrate also increases because you become more aware of what is going on in the world."

But after surviving dangerous sea crossings, hostile populations and security forces, Fayiq, Mohammed and others may end up sorely disappointed when they finally reach their country-of-choice.

"The struggle isn't over just because you get the refugee status," says Fatiha Mlati, head of integration at France Terre d'Asile, an association that works with asylum seekers and refugees.

"It's very difficult to have access to health services, to social rights, to have your diploma recognised.

"Those who are super qualified think that it will be simple, and for the most part they will have to take jobs that don't match their qualifications," she says.

"And it can be a very long process for those who hardly have any qualifications, on top of the fact that they may have language problems."

That means that in France, many of those who arrive as engineers or accountants end up washing dishes in restaurants, delivering pizzas or job-hunting.

Bilal is from Aleppo in Syria, where he worked as an accountant.

Just like many Syrians trekking through Europe today, he fled the regime in 2013 and made it to France where he now lives outside Paris.

"I got refugee status a year ago," he says.

"But I still don't have a job, due to language difficulties."

As for Mohammed, a Syrian who studied electrical engineering in Aleppo, he is working as a cook in a restaurant.

But far from complaining, he is enthusiastic.

"Europe for us was a dream that was completely inaccessible under the dictatorship of Bashar (al-Assad). This dream is becoming reality," he says.

"I even have cousins who for years have been living in Gulf countries. Today, they are considering leaving to come to Europe."