'Do you have trouble maintaining an erection?': Fox host fires back at sexist reproductive questions 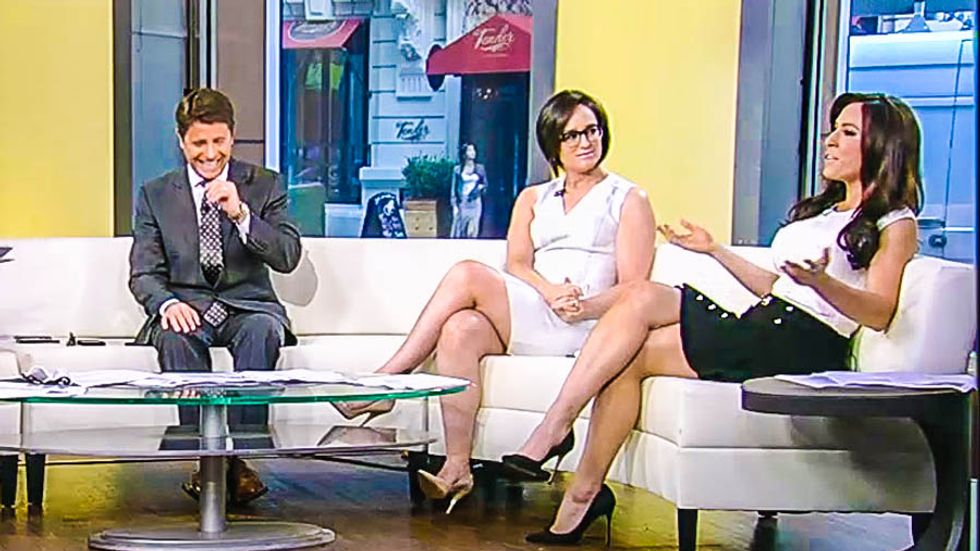 Fox News host Andrea Tantaros said on Tuesday that she was so tired of sexist reproductive questions that she was going to start asking men if they had "trouble maintaining and keeping an erection."

During a debate about whether actress Kim Cattrall had a right to complain about being called "childless," author Brad Thor argued that the women without children did not have the right to call themselves mothers.

"In her real life, when a woman actress at her age doesn't have kids, there is that tag: the childless Kim Cattrell," Tantaros explained. "You don't ever read 'the childless George Clooney.' So, men don't understand what women go through. And it's the men typically asking the inappropriate questions."

In fact, the Fox News host said that a number of unnamed men had come on the show and asked "inappropriate prying questions... about pregnancy, about marriage, about egg freezing."

"Things that are none of their business. Our mics are open, this is closed set and we're not friends."

Co-host Kennedy Montgomery pointed out that women who were mothers were often asked about "work-life balance" while their husbands were not.

"Doesn't that show you culturally how much value we place on motherhood?" Thor asked. "I think it does."

"No!" several of hosts replied in unison.

Tantaros, who is not known as a feminist, argued that the sexist questions that women get would be the same as asking a man, "Do you have trouble obtaining or maintaining an erection?"

"It's equally as personal," she insisted. "I'm going to start asking people that."