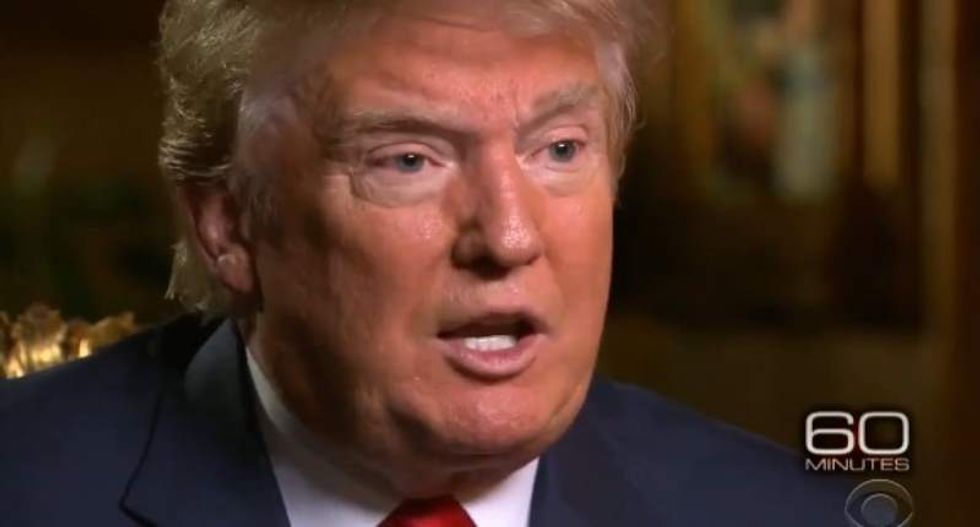 Republican presidential candidate Donald Trump in an excerpt from an interview with '60 Minutes.' (CBS News)

Republican presidential front-runner Donald Trump will speak to minority business leaders in the key primary state of South Carolina on Wednesday, as he tries to dispel the notion that his tough talk alienates swaths of voters.

Trump will speak before the Greater Charleston Business Alliance, which supports minority businesses and is affiliated with the South Carolina African American Chamber of Commerce.

South Carolina is one of the first U.S. states to hold a contest in the process of picking the Republican nominee for president in the November 2016 election.

The real estate mogul and reality television personality could use his appearance before the business group to try to repair his image after upsetting various groups with brash talk, said Scott Huffmon, a professor at Winthrop University in South Carolina.

Trump has infuriated Hispanic groups with harsh words on illegal immigration, and he has drawn criticism for various comments about women and, most recently, for not reprimanding a man at a campaign event in New Hampshire who disparaged Muslims

"He wants to be seen as the kind of Republican candidate that has strong feelings but no prejudice, that has decided policies but no bigotry," Huffmon said.

Trump leads in opinion polls of the Republican field, with about 38 percent in the most recent Reuters/Ipsos poll.

He has said his ideas for job creation will help him win minority voters, including African-Americans.

In recent history, black voters have generally supported Democratic candidates. But of the 15 Republican presidential candidates, Trump did best among black Republicans and independents in a Reuters poll.

Business leaders are likely to be a friendly audience. Harold Gillens, president of the Greater Charleston Business Alliance, said he did not know what members thought of Trump but called him a "good businessman making money."

The group plans to meet with another Republican hopeful, Ohio Governor John Kasich, later this week.

Trump's appearance is unlikely to sway black voters in South Carolina, who will focus on the Democratic primary, said David Woodard, a Clemson University professor who has worked in Republican politics.

"To try and get African-Americans to go vote in a Republican primary or anything is just nigh onto impossible," he said.

Trump's campaign declined to preview his comments. Gillens said his group hoped the candidate would discuss how to get minority-owned businesses government contracting opportunities.