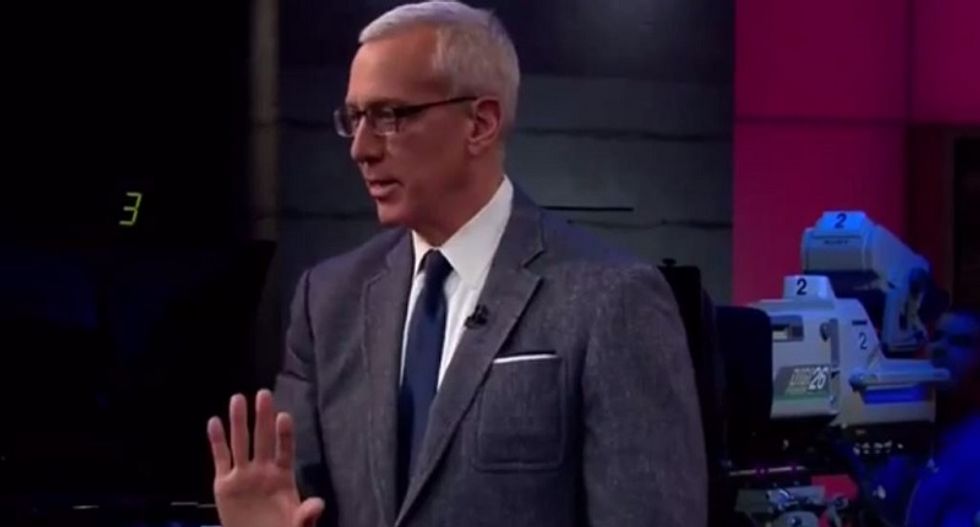 Dr. Drew Pinsky threatened to shut down his talk show and had an audience member kicked out, apparently for the first time in its history, when a discussion over the GOP debate and their failure to talk about the issues raised by the Black Lives Matter movement became heated, CNN Commentary reports.

The woman had earlier commented on the issue, saying, "This is a big issue that's going on in America, but we're turning our head," she said. "There's all kinds of stuff going on but nobody is saying this in a political debate and that's wrong."

She was apparently referring to protests across the country in response to killings of black people by police officers, including, Eric Garner, Mike Brown and Freddie Gray.

Pinsky asks Breitbart political reports Alex Swoyer to respond, since she was at the debate this week. The conservative website has been critical of the movement, and also supported the argument that activist Shaun King was white -- a claim that King publicly debunked.

"I think it's also very important to remember that the whole Black Lives Matter movement started in Ferguson, Missouri, which now we know wasn't true," Swoyer said. "There wasn't a hands up, don't shoot."

Brown's death was a catalyst for the movement and because some witnesses said he had his hands up when he was killed, the chant "Hands up, don't shoot" became popular at marches.

At that moment, the audience member can heard talking loudly and Pinsky says he's going to shut the show down.

The woman continues to say loudly that the issue must be brought up because it affects people that live here, when she is directed to leave by security.

Watch the incident, as posted by MediaNews, here: