El Nino is 'well underway' -- and Earth is going to get even hotter in 2016: scientists 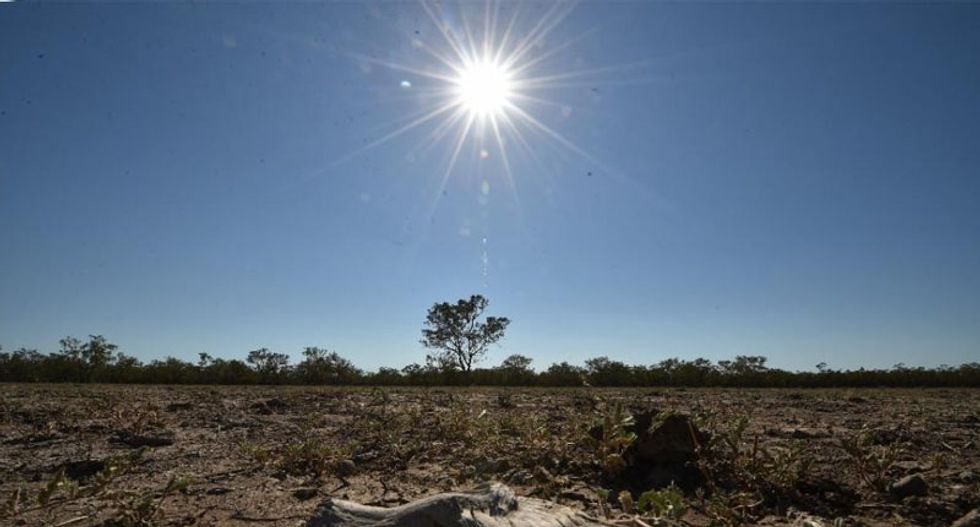 Set to grow stronger in the coming months, the current El Nino -- a result of shifting winds and ocean circulation -- is likely to result is dry conditions in parts of Asia and Australia, as well as southern and sub-Saharan North Africa (AFP Photo/Peter Parks)

Man-made global warming is set to produce exceptionally high average temperatures this year and next, boosted by natural weather phenomena such as El Nino, Britain's top climate and weather body said in a report Monday.

"It looks very likely that globally 2014, 2015 and 2016 will all be amongst the very warmest years ever recorded," Rowan Sutton of the National Centre for Atmospheric Science, which contributed to the report, told journalists.

"This is not a fluke," he said. "We are seeing the effects of energy steadily accumulating in the Earth's oceans and atmosphere, caused by greenhouse gas emissions."

The rate at which global temperatures are increasing is also on track to pick up in the coming years, ending a period of more than a decade in which the pace of warming worldwide had appeared to slow down, the report said.

This "pause" has been seized upon by sceptics as evidence that climate change was driven more by natural cycles than human activity.

Some scientists, however, argue that there was no significant slowdown, pointing instead to flawed calculations.

An El Nino weather pattern centered in the tropical Pacific Ocean is "well underway", the report says, and shaping up to be one of the most intense on record. Very strong El Ninos also occurred over the winters of 1997 and 1982.

Set to grow stronger in the coming months, the current El Nino -- a result of shifting winds and ocean circulation -- is likely to result is dry conditions in parts of Asia and Australia, as well as southern and sub-Saharan North Africa, the Met Office said.

By contrast, the southwestern United States -- including parched California, suffering from an historic drought -- has a strong chance of seeing higher-than-average rainfall.

El Ninos also affect tropical storms, making them less likely in the North Atlantic and more intense in the West Pacific, where they are known as typhoons.

Overall, an El Nino is also likely to add a little heat to the general impact of global warming.

This, too, could temporarily nudge regional temperatures higher, but has yet to be confirmed, the report said.

Finally, the interplay of ocean currents and atmosphere in the Atlantic -- another multi-decade oscillation -- is moving the other way, and will have a cooling effect.

"The current warm phase is now 20 years long and historical precedent suggests a return to relatively cool conditions could occur within a few years," the report says.

By itself, that would mean cooler and drying summers in northern Europe, and increased rainfall in the northeastern United States.

While all of these cyclical forces affect weather and temperatures trends, global warming is the main driver of change today, the report concluded.

"We know that natural patterns contribute to global temperature in any given year, but very warm temperatures so far this year indicate the continued impact of increasing greenhouse gases," said Stephen Belcher, director of the Met Office Hadley Centre.