Emerging economies plea for US to raise interest rates 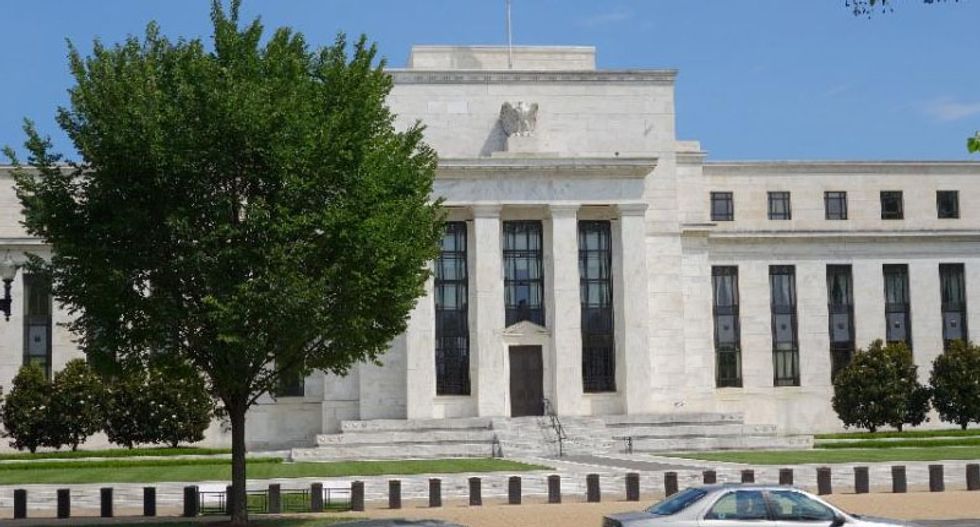 Some of the world's biggest emerging economies are pleading for the United States to end their drawn-out agony and raise interest rates now.

Already hit by a commodities crash sparked by the slowing of China's once-booming economy, the mere prospect of the US Federal Reserve raising interest rates -- perhaps as soon as Thursday -- has battered the emerging giants that were once the world's top performers.

Lured by the promise of bigger returns when the Federal Reserve eventually begins raising interest rates, investors are already moving their money to safer, yet profitable, US destinations.

In August alone, panicky investors dumped equities held in emerging economies to the tune of $8.7 billion, according to the Institute of International Finance. The dollar meanwhile, has climbed.

The International Monetary Fund warned this month against a "premature" increase in US interest rates as the slowdown in Chinese growth and the ensuing commodities price collapse ripples through the world economy, and emerging economies in particular.

Some key emerging economies, however, would rather bring a swift end to the painful wait.

The Fed's decision is "probably the most anticipated event in the last century," Peru central bank chief Julio Valarde told the Nikkei Asian Review on a visit to Tokyo last week.

"What is surprising is how many central bankers with whom I talk prefer the hike to come as soon as possible," Valarde said, arguing that the uncertainty of the wait was more damaging than the interest rate increase itself.

"It's preferable to have a move early on and an advertised, slow move up rather than the Fed be forced to tighten more significantly down the line," he told the Wall Street Journal at the Jackson Hole, Wyoming, central bankers' meeting last month.

For Indonesia's central bank, too, the doubts are of the greatest concern.

"We think US monetary policymakers have got confused about what to do. The uncertainty has created the turmoil," Mirza Adityaswara, deputy governor at Indonesia's central bank, told the Financial Times.

"The situation will recover the sooner the Fed makes a decision and then gives expectation to the market that they increase one or two times and then stop," he said.

Financial markets have not forgotten the precedent of mid-2013 when then Federal Reserve governor Ben Bernanke evoked the possibility of a future increase in interest rates and sparked a flight of capital from emerging markets.

Hopes for an end to the agony may be dashed even if the Fed pulls the benchmark US federal funds rate up from zero percent, where it has been frozen since the financial crisis of 2008, analysts said.

Even if she acts, the speculation will live on, warned Philippe Waechter, economist at French investment bank Natixis Asset Management.

Emerging markets "think that if the US moves, the question of capital flight will be resolved and they can turn the page", he said.

Waechter said the Fed was unlikely to tighten in a series of small steps at every meeting. "If they raise on Thursday, then on Friday we will be asking when the next one comes."