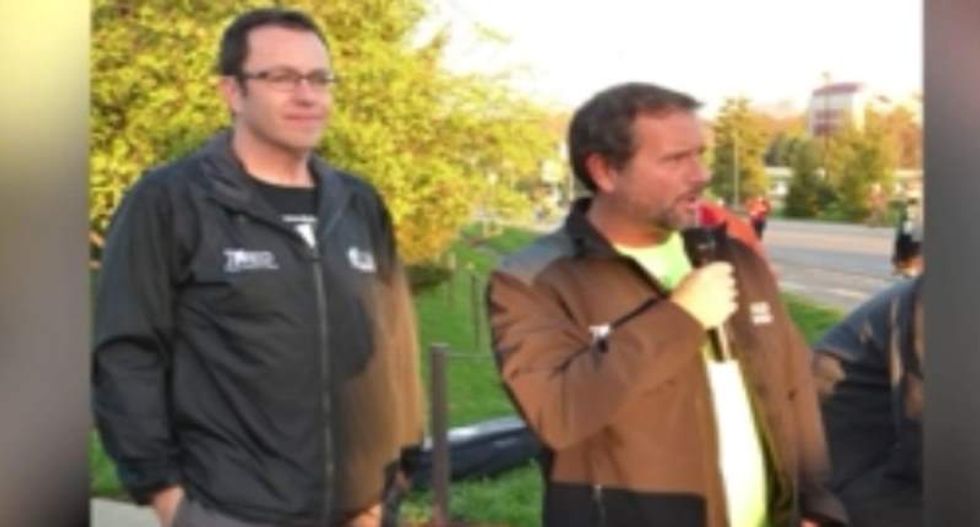 The former head of Jared Fogle's charitable organization will plead guilty to charges of possession of child pornography and child exploitation, CNN reported on Tuesday.

The terms of 43-year-old Russell Taylor's plea agreement mandate that he cannot ask for a prison sentence that is less than 15 years. If the court approves the agreement, federal prosecutors will request that he serve a 35-year sentence and be subject to supervision after his release. More than 400 pornographic videos featuring minors were found in an office located at one of his residences in Indianapolis.

Taylor was the president of the Jared Foundation, which Fogle created after he gained national prominence as a spokesperson for the Subway fast food chain. Last month, Fogle also agreed to plead guilty to child pornography possession charges. His sentencing is scheduled for Nov. 19.

The Indianapolis Star reported that, according to court documents, Taylor offered to show an unidentified woman child pornography images last year. The woman, identified in records as "Jane Doe," subsequently informed authorities, leading to investigations against Taylor and Fogle.

"Adults who sexually exploit children by producing child pornography knowingly cause vast harm to their victims and should expect appropriately strong punishment," U.S. Attorney Josh Minkler said in a statement.

The Star also reported that Fogle sued Taylor last month for failing to repay a $191,000 loan that Taylor used to buy a house in Indianapolis. Authorities said Taylor made his videos at two homes in the area between between March 2011 and January 2015.

USA Today reported last month that while the foundation promoted itself as a funding source for groups fighting child obesity, it did not offer any grants and spent most of its money on Taylor's salary between 1999 and 2013.