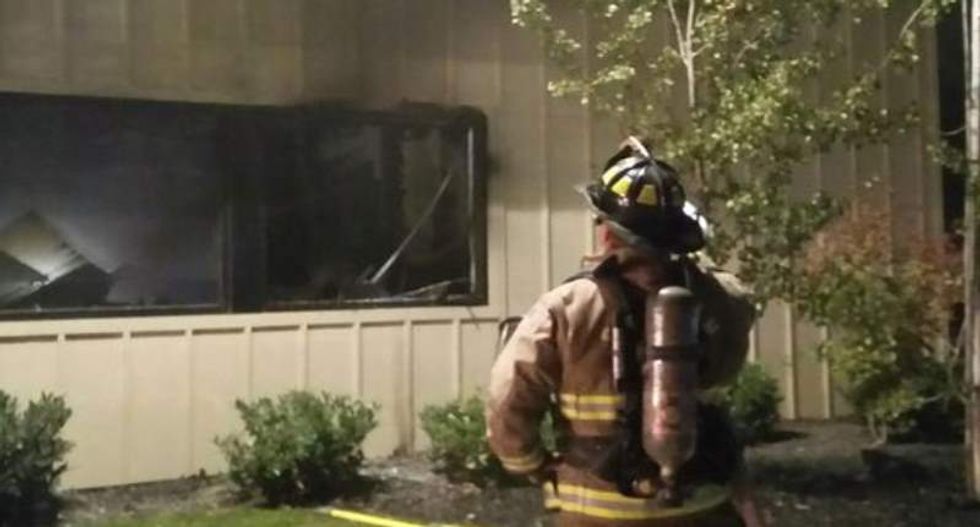 A firefighter stands outside during a fire at a Planned Parenthood clinic in Pullman, Washington on Sept. 4, 2015. [KREM-TV]

"This is an appalling act of violence towards Planned Parenthood, but unfortunately a predictable ripple effect from the false and incendiary attacks that fuel violence from extremists," said Karl Eastlund, the CEO for Planned Parenthood of greater Washington and North Idaho.

Officials said alarms inside the building were tripped before the fire was reported around 3:30 a.m. on Friday morning. The facility will need to be closed for several weeks because of extensive fire and smoke damage.

KOMO-TV reported that the office was the site of an Aug. 22 protest calling for the organization to be defunded based on a series of anti-abortion videos targeting the organization. However, the Pullman clinic did not offer abortion services.

According to Buzzfeed, Rep. Cathy McMorris Rodgers (R-WA), who represents the area in the House, was among the several Republicans making similar demands.

However, the "sting" videos, which claimed to prove that the organization profited from the sale of "body parts of aborted fetuses" have been debunked. Moreover, federal investigators have already determined that there is no proof that Planned Parenthood was engaging in such activity, as have probes in four states thus far.

Watch KREM's report on the fire, as aired on Friday, below.