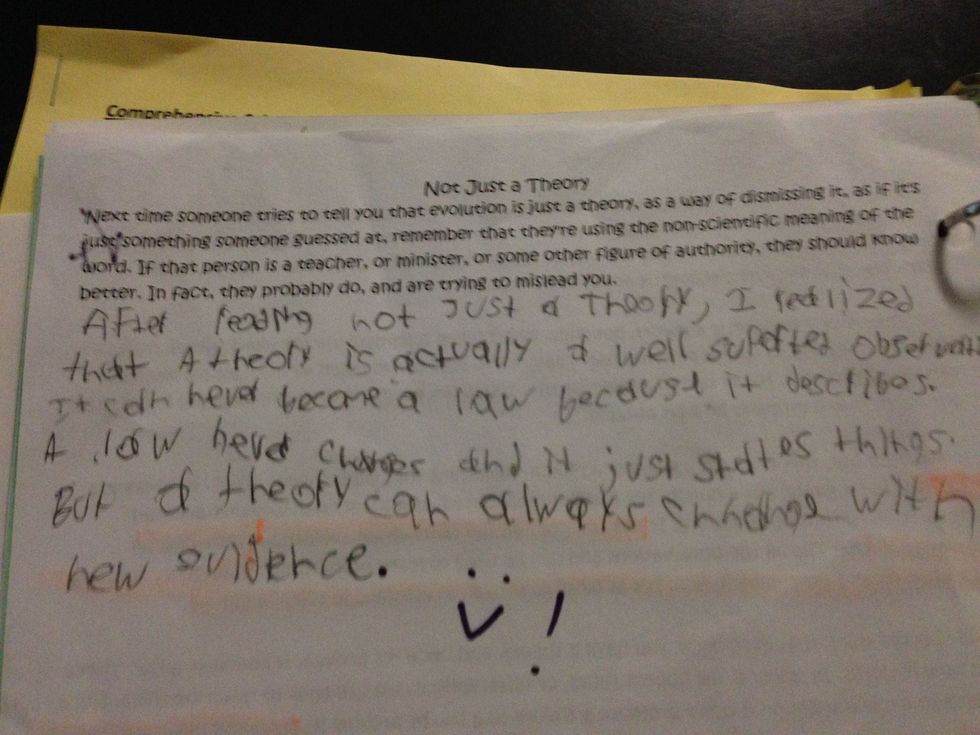 A controversial science lesson has been pulled from the curriculum at one Florida middle school after parents complained.

According to ClickOrlando.com, the lesson -- titled "Not Just a Theory" -- rattled parents because it accused people who deny evolution of being liars who are intentionally setting out to deceive others about the origins of the world.

Parents of students at Heritage Middle School in Deltona, Florida took to social media to complain that their children are being forced to reject faith in favor of science.

The assignment sheet told students: "Next time someone tells you evolution is just a theory, as a way of dismissing it, as if it's just something someone guessed at, remember that they're using the non-scientific meaning of the word. If that person is a teacher, a minister, or some other figure of authority, they should know better. In fact, they probably do and they are trying to mislead you."

Parent Jennifer Flinchum said that when she read the last two lines, "the hair on the back of my neck went up." Flinchum and other parents believe that the school assignment is undermining their authority as parents to teach their children creationism.

"It's not so much the evolution aspect of it, it's just the way they phrased those few sentences how they were kind of taking the rights away from the parents," said another parent named Lisa McNeil.

Flinchum said that now she questions the validity of what her son will be taught at the school.

"It does make me question what else they're going to put in front of him for the rest of the year," she said.

The school issued an apology to parents that said:

Recently in 8th grade science assignment titled "Not just a theory," was distributed in an attempt to address current science standards for differentiating scientific theory and scientific law. The reading does meet this criterion up until the last two sentences that state, "If that person is a teacher, or minister, or some other figure of authority, they should know better... In fact, they probably do, and are trying to mislead you." Upon this coming to our knowledge, the lesson had been retracted. In fact, please know that we apologize for this resource being used and take comfort knowing that it will not be used again. At no time, is it our place to interfere with authorities of household beliefs. Should you like to discuss this further then please do not hesitate to contact me.