Found: 9,000-year-old case of ritualistic beheading that may be oldest in Americas 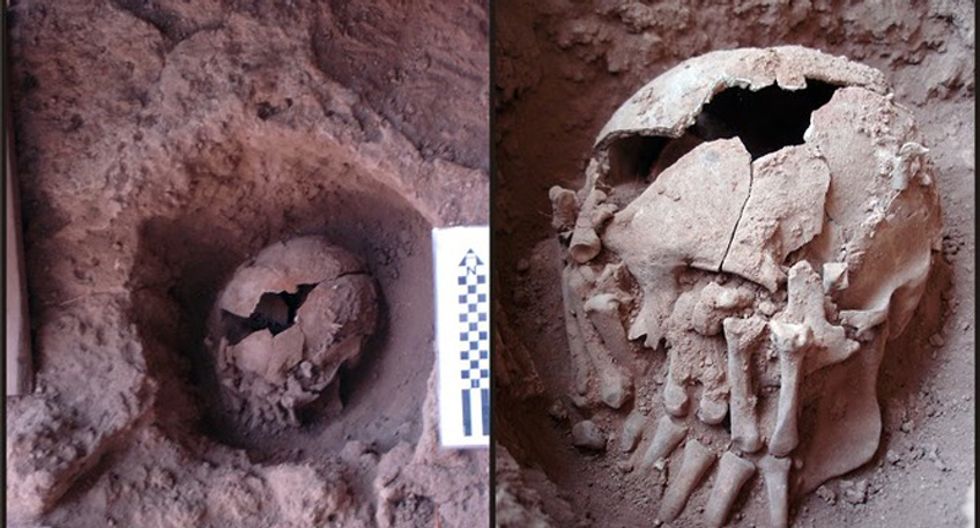 Decapitated head with amputated hands laid over the face were found at the burial site. Strauss et al., CC BY

From 19th-century tales about tribes hunting for “trophy heads” to Hollywood films such as Mel Gibson’s Apocolypto, the Amazon rain forest has long inspired gruesome stories about ritualistic killing. However, the portrayal of civilisations such as the Incas, Nazcas, and the Wari cultures making human sacrifices in South America may have a much longer tradition than previously thought.

A new study, published in PLOS One, reports the discovery of a 9,000 year-old case of ritualised human decapitation that seems to be the oldest in the Americas by some margin.

The researchers found the remains of the beheaded young man from a rock shelter in Lapa do Santo, East-Central Brazil. Quite astonishingly the decapitated remains date to between 9,100 and 9,400 years ago. 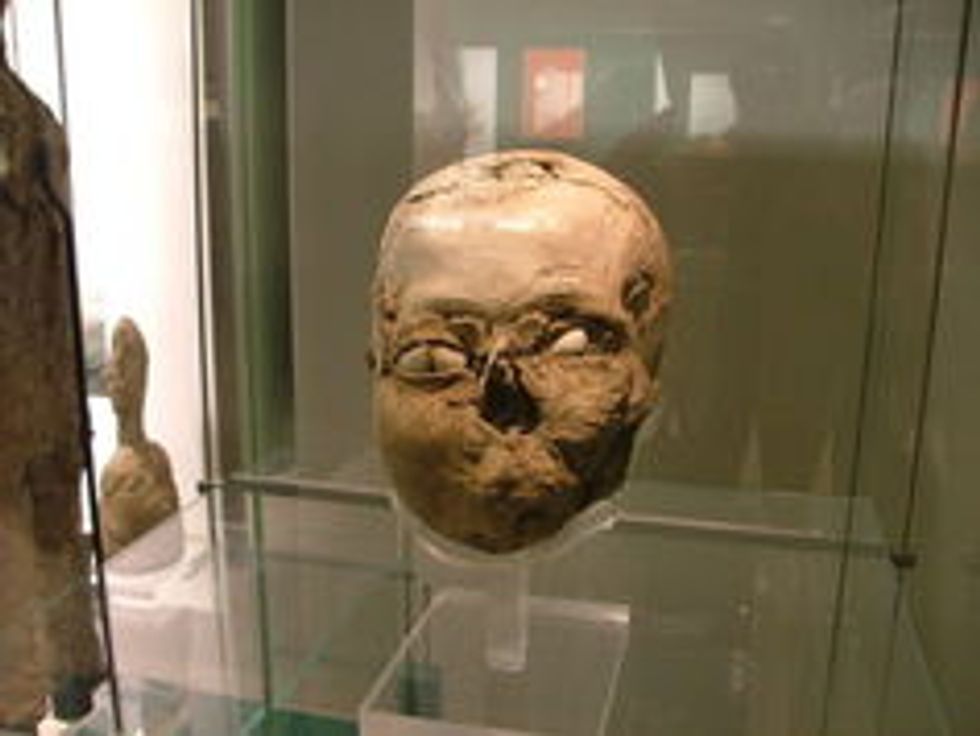 Plastered skull from Jericho in the British Museum.

The decapitation is reminiscent of Neolithic skull cults from the Middle East, which often buried their deceased under the floors of their homes – sometimes with the skull removed, plastered and painted. The placement of the hands is also similar to partial coverage of face gestures that we see in different cultural settings today (such as signs of tiredness, shock, horror etc).

However, the process of extracting the body parts from the victim seems straight out of a horror movie. The man was decapitated by blows from a sharp instrument to the neck, but there was also evidence that the head was distorted and twisted in places, suggesting there was difficulty getting the head off the body. Furthermore, the cuts left on the bones were signs that the flesh had been removed from the head prior to it being buried. However, there’s no evidence to suggest decapitation was the cause of death.

This ritualistic behaviour may seem barbaric to us today but it is becoming clearer that during the Neolithic period decapitations, skull cults and ancestor worship were an important cultural practice. Excavations of neolithic sites in the Middle East have uncovered ancestors that had their fleshed removed in a similar way before being buried in the houses of their relatives.

The rituals undoubtedly involved many of the community to honour their ancestors and may be similar to what has been discovered at Lapa do Santo.

The researchers also undertook a number of scientific analyses to find out more about the individual. One of these was to analyse the teeth for isotopes of strontium, which is taken up in the human body through food and water. The analysis of the tooth enamel, which is formed during childhood can be compared to the isotope signatures in the local geology. This can tell whether or not the individual was related to the place they were buried.

The analysis showed that the man was clearly associated with his place of burial. This implies he was a local man who grew up in the area and not a captured trophy from a warring faction.

But perhaps most intriguingly, they took measurements of the skull and compared it to measurements of other skeletons, including ones excavated at the same site. In this case the young man’s head was a little bit of an outlier on the overall size of the skull, being slightly larger. Did he look different to the other men? Was he somehow distinctive? The remarkable evidence from this site suggests he was unique to their community but living with them and perhaps chosen for this reason?

This forensic approach to understanding archaeological remains is now shedding light on how much information can be gleaned from these deposits and the value of careful and meticulous work.

More broadly, this is one of many revelations that are starting to appear regarding South American archaeology ranging from evidence of early extensive burning of the landscape 9,500 years ago, through to large-scale deforestation and the production of glyphs by pre-European culture.

It remains to be seen how many more discoveries like this will be made in the future but there is one clear message, losing your head in South America is not a new phenomenon!