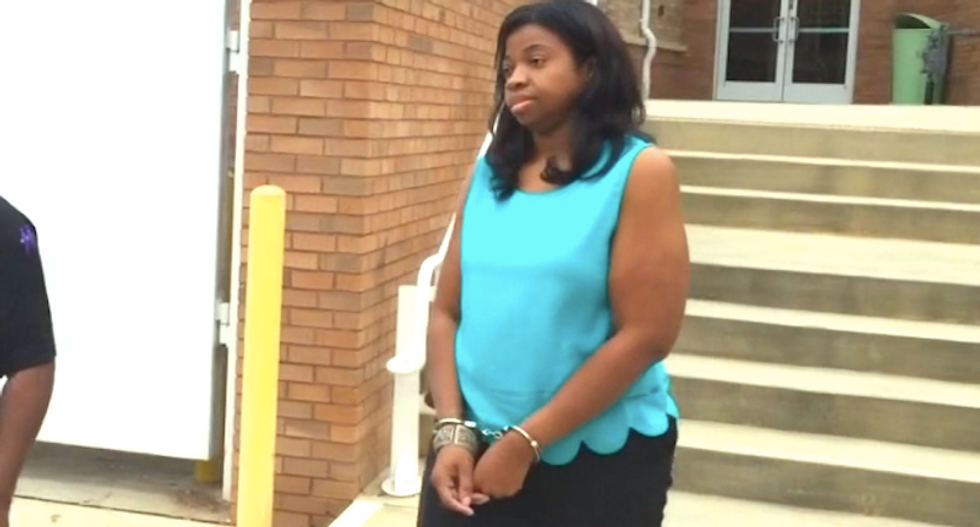 A Georgia attorney was arrested after police said she left her two young children in a car while she represented a client in court.

Police said passersby spotted the boys, ages 2 and 3, about 8:15 a.m. Thursday while walking outside the courthouse in Clayton County, reported WSB-TV.

They alerted police, who went inside the building to find the boys' caregiver.

Bandoh admitted she left her children in the car for about 20 to 30 minutes while she participated in a court hearing, which she said ran a bit longer than expected.

She was arrested on a misdemeanor charge and went back to municipal court after bonding out of jail, after the children were placed in the care of their grandmother.

Temperatures were in the low 60s with cloudy skies, and authorities said the boys were unharmed.

“It’s not that hot today," said Riverdale City Manager Scott Wood. "The children probably would have been okay, but I don’t think the law gives that level of discretion to our police officers."

Bandoh is a former former magistrate judge in Clayton County, and police said the attorney intended to run for chief magistrate.