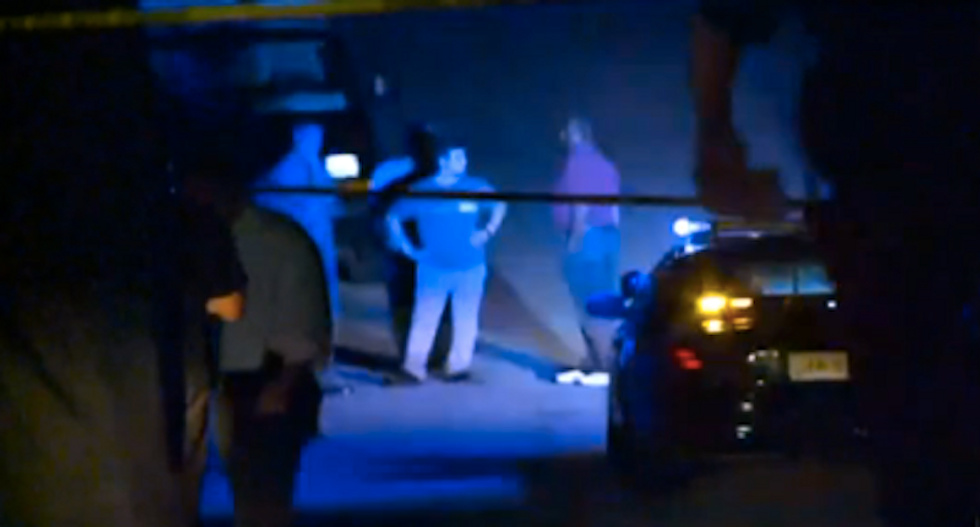 A Georgia police officer was critically injured, a homeowner was wounded and a dog was killed after officers investigated a burglary call at the wrong house.

A neighbor reported a suspicious person about 7:30 p.m. Monday night near a home in DeKalb County, but the 911 caller did not give a street address and instead only described the house, reported the Atlanta Journal-Constitution.

Police said they found an unlocked screen and door and assumed an intruder was inside, so they announced themselves and went inside the house.

“That in and of itself would probably suggest to anyone that it is possible that there could be intruders inside, but it turned out not to be the case,” said Cedric Alexander, the DeKalb County director of public safety. “Somewhere at the rear of that home, some things happened that have yet to be determined.”

One officer was shot and badly wounded along with the homeowner and his dog, which was killed.

Investigators said Tuesday morning that the officer was likely shot by accident by a fellow police officer.

The officer underwent surgery for a gunshot wound to his thigh and was listed in critical condition after losing a substantial amount of blood, but no information was available about the homeowner's injuries.

Police have not said how many of the officers fired their guns during the encounter.

The case was turned over to the Georgia Bureau of Investigation, and all three officers involved in the shooting were placed on administrative leave.