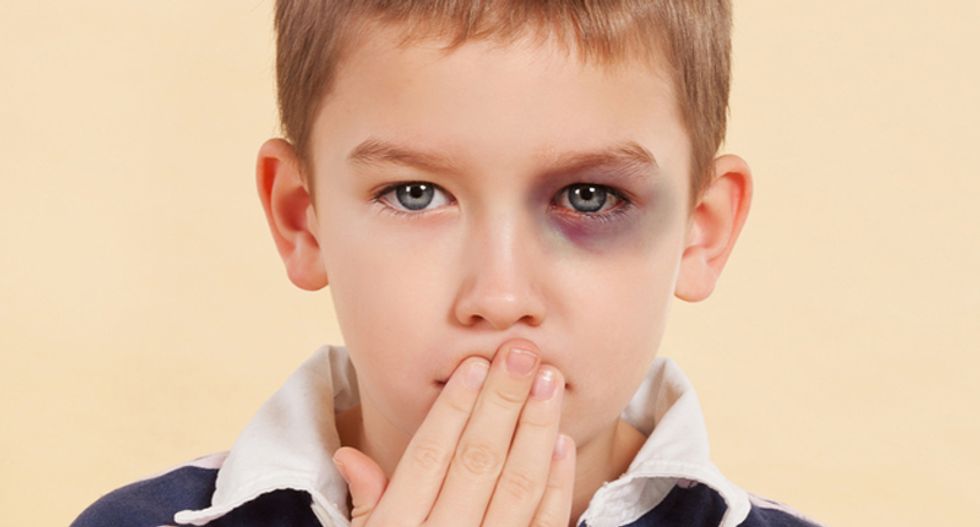 A Texas day care is being sued by a mother of a 4-year-old after Family Protective Services showed her video of her son fighting with another child while being encouraged by a staffer at the facility, reports KHOU.

According to Heather Howerton, she felt something was wrong when she would pick up her 4-year-old son, Grayson, at Children's Universe of Lake Conroe.

"When he had injuries, I asked to speak with somebody. 'Oh, she'll give you a call.' She never contacted me." Howerton explained.

Howerton received her answers when Texas Department of Family and Protective Services called her about a video of her son fighting another child that was brought to their attention after it was posted on social media.

"Once he falls on the ground, he looks at the camera, and he looks at his teacher trying to get help and she says,'Get up Grayson, get up and fight,'" Howerton said while describing the video.

"I was livid. I was livid to think that somebody could be so sick and sadistic to film little kids. You know, these little boys are 4-years-old. They're babies," she explained.

Unable to get help from a local prosecutor, Howerton elected to sue the childcare.

According to the daycare's owner, Brooke Leax, the incident was investigated  by authorities and the employee who was running the fights was terminated, although for other reasons.

"As of 6 p.m. tonight we have not been made aware of any lawsuit. The incident in question occurred in 2014 and was immediately reported to the authorities by myself and our director," her statement read. "We cooperated 100 percent with the investigation which was closed by the police and Texas Department of Family and Protective Services several weeks later. The employee in question had been terminated for unrelated reasons prior to the initial report. The safety and well being of the children in our care is and will always remain our first priority."

Howerton is still disturbed that the incident happened in first place, saying, "Little children that are not able to verbalize what someone could be doing to them in that facility, it gives me chills."

Watch video from KHOU below: