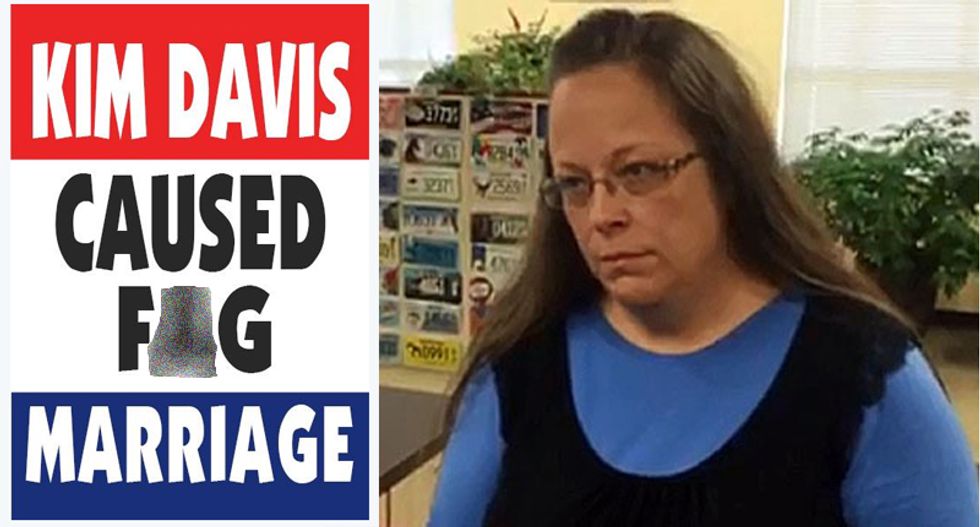 Proving that there is no limit to fundamentalist Christian extremism, the ultra-conservative Westboro Baptist church has launched a crusade against Rowan County Clerk Kim Davis despite all parties being against same-sex marriage.

While Davis is sitting in jail on contempt charges for refusing to issue marriage licenses to same-sex couples, members of the extremist Westboro Baptist church in Topeka are threatening to go to Kentucky to protest against Davis for being an adulteress --due to having been married four times -- and for causing "F*g marriage" because of her sinfulness.

Davis, who converted to Christianity four years ago maintains that she cannot issue licenses to gay couples on religious grounds, calling it a "Heaven or Hell decision." Despite that, members of the Topeka church have launched a Twitter jihad on Davis saying she is a "phony divorced/remarried traitor to God," and "#NotChristian."

Addressing  Davis, who has been married four times --twice to the same man -- and reportedly had twins out of wedlock, Westboro tweeted: "'Surely as a wife treacherously departeth from her husband, so have ye dealt treacherously with me.' -The LORD"

A sampling of Westboro's less than Christian charity towards Davis below.