GOP lawmaker doesn't get why Planned Parenthood exists: 'As a guy,' I can just go someplace else for care 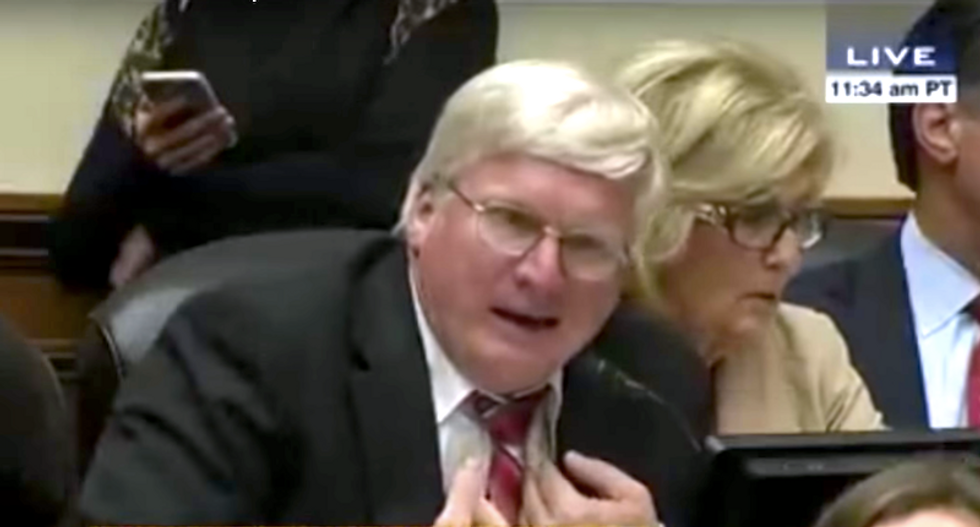 A Wisconsin Republican offered perhaps the most ridiculous argument against federal funding of Planned Parenthood during a Tuesday hearing that opened with an absurd suggestion and rolled downhill from there.

Rep. Glenn Grothman (R-WI) asked Cecile Richards, the Planned Parenthood CEO, why her organization's services were necessary because, "as a guy," he had plenty of health care options, reported Right Wing Watch.

The Wisconsin lawmaker said he had examined all the cities in his state that offered Planned Parenthood clinics and he didn't understand why women couldn't just go somewhere else to receive the same care.

"As a guy, I could go to many clinics locally that have all the machines that one would need," Grothmann said. "All these clinics, as far as I know, take Medicaid dollars, so you could go to any of those clinics to get any medical service you could.”

He said poor women might not even notice if Congress cut funding and the health care organization went out of business.

“I guess what I’m getting at is, in my opinion, if Planned Parenthood disappeared tomorrow in those towns, there would still be three or four or five clinics or hospitals providing all the medical care you would want,” Grothmann said.

Richards maintained a straight face when she rebutted Grothmann's claims, telling the lawmaker that other health care providers could not easily absorb Planned Parenthood's patients -- particularly because many of those clinics do not offer reproductive health care specialists.

"It would seem to me if Planned Parenthood clinics were not around in those cities, with the exception of a couple of abortion clinics, there would be three or four other clinics available to do any women's health or men's health or health of any nature whatsoever," Grothmann said. "Don't you feel that's true?"

"I think we're the largest family planning provider of the network in Wisconsin, so that's pretty hard to replace," Richards said.