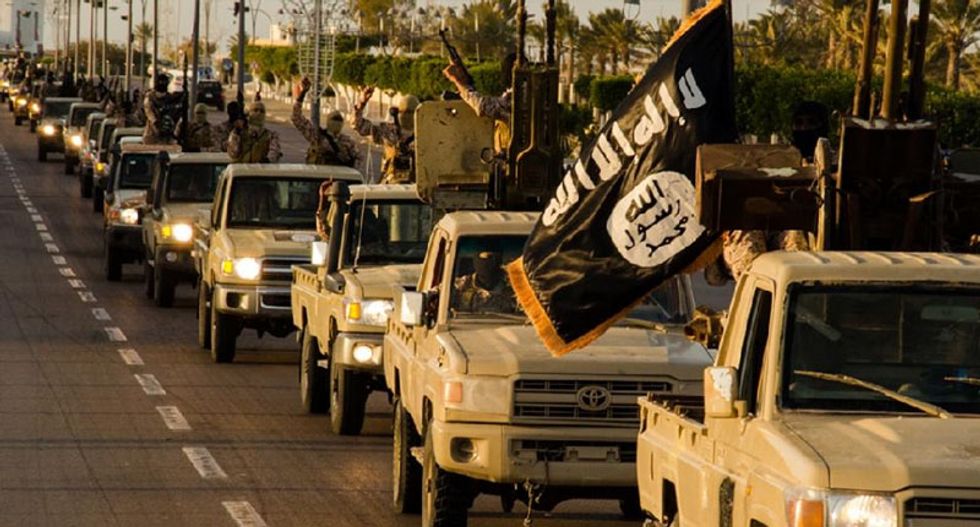 A growing number of "disillusioned" Islamic State fighters are defecting from the jihadist group and could be used by governments to deter potential recruits, a report published Monday said.

At least 58 people have left the group and publicly spoken about their defection since January 2014, according to the report by the International Centre for the Study of Radicalisation and Political Violence (ISCR) at King's College London.

The study said that 17 fighters were reported to have defected in June, July and August alone, adding that they represent only a "small fraction" of former fighters, with many too scared to come forward.

The ISCR called on governments to make it easier for defectors to speak out, without the threat of prosecution, as a deterrent to others.

Those who told their stories overwhelmingly said they were disaffected by the killing of fellow Sunni Muslims, including innocent civilians, and the group's failure to confront the regime of President Bashar Al-Assad.

"The defectors' voices are strong and clear: 'IS is not protecting Muslims. It is killing them,'" the report said.

One defector, identified as Ebrahim B., from Germany, claimed to speak for two dozen of his comrades who travelled to Syria to fight Assad only to be disappointed by the reality on the ground.

"Muslims are fighting Muslims. Assad's forgotten about. The whole jihad was turned upside down," the report cited him as saying.

IS leaders consider the Free Syrian Army, Ahrar al-Sham, and al-Qaeda affiliate Jabhat al-Nusra as enemies and have engaged in "vicious battles" with all of them, according to the report.

But many defectors argued that fighting other Sunni groups was "wrong, counterproductive and religiously illegitimate", it said, adding that this "was not the kind of jihad they had come to Syria and Iraq to fight."

The defectors mentioned in the report were permanent residents of 17 countries, including nine from Western Europe and Australia.

Dozens of defectors have fled to Turkey while others have reportedly been executed as "spies" or "traitors" by IS, which considers defection as apostasy.

Leaving the group is "complex and dangerous", the report said, with many forced to go into hiding, fearing prosecution.

"Many are still trapped inside Syria or Iraq, unable to escape an organization that they no longer feel any allegiance for," the report added.

The ISCR is calling on governments to "recognize the value and credibility of defector narratives" and to ensure the safety of those who speak out, as well as remove the "legal disincentives".

While acknowledging that some defectors are "likely to have committed crimes", it believes their testimonies could deter others from joining IS.

The report also shed light on reasons why people join the group, the most common being the atrocities committed by Assad's government in Syria.

It said many also believed IS represented a "perfect Islamic State".

Some were lured by promises of food, luxury goods, cars and having their debts paid off -- promises which rarely came to fruition.