'He is unfit to be president': Ex-NY Gov. Pataki gets in Twitter food fight with Donald Trump 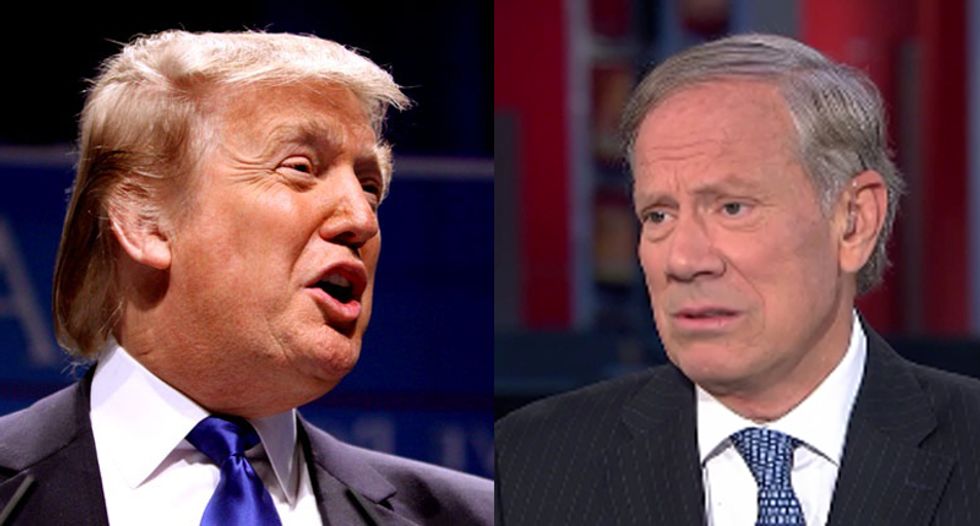 While Donald Trump has signed a pledge stating that he will not run as a third party candidate if he fails to secure the Republican nomination, rival nominee and former New York Governor George Pataki made it very clear on Sunday he will never vote for the upstart businessman if he somehow lands the GOP nomination.

In a series of tweets Sunday morning, Pataki -- who is trailing Trump in the polls by a wide margin -- called the GOP front runner  "unfit to be President" and stated he would rather keep his dignity than have anything to do with a Trump presidency.

While RNC head Reince Priebus was on CNN Sunday morning dismissing infighting among GOP presidential contenders as "campaigning," Pataki was very specific about how he felt on Twitter.

Let me be very plain, I'm not going to vote for @RealDonaldTrump ...He is unfit to be president @chucktodd @meetthepress @foxnewssunday #MTP
— George E. Pataki (@George E. Pataki) 1442147444.0

Defending himself, Pataki continued on:

I would hope that every one of my fellow candidates will stand up and say our party cannot nominate @RealDonaldTrump @JebBush @JohnKasich
— George E. Pataki (@George E. Pataki) 1442151623.0

Never one to let the other guy get the last word, Trump responded in a very Trump way:

Why is someone like George Pataki, who did a terrible job as Governor of N.Y. and registers ZERO in the polls, allowed on the debate stage?
— Donald J. Trump (@Donald J. Trump) 1442151692.0