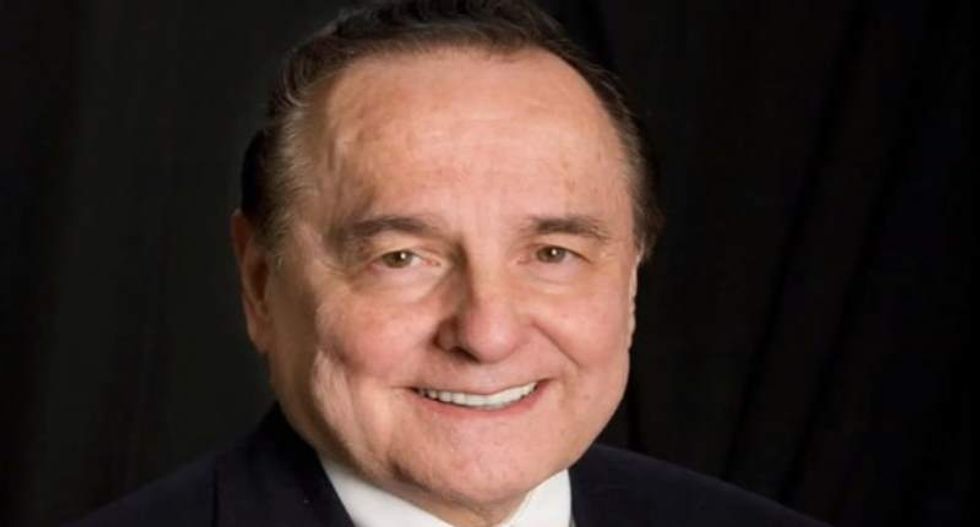 The 80-year-old minister who designed the homeschooling curriculum used by the Duggar family was roasted on Facebook after returning to the social media platform, Gawker reported.

Bill Gothard founder and former president of the Institute of Basic Life Principles (IBLP), posted on Wednesday that he was "thankful for the outpouring of thoughtfulness and support during the last 18 months as I have faced the greatest trials of my life."

The statement was a likely reference to his being placed on "indefinite administrative leave" by IBLP's executive board last February after he was accused of sexually harassing and molesting several female employees.

Several accounts of Gothard's alleged behavior were published by the website Recovering Grace, which keeps a section called the "Gothard Files."

Four months later, the board said that while it had not found evidence of any criminal activity on his part, Gothard would not be allowed to "serve in any counseling, leadership, or board role" within the organization.

On Wednesday, several Facebook users identifying themselves as having been victimized by Gothard, or witnesses to his alleged actions. Gawker noted that virtually all of the comments criticizing him have been deleted, but posted screenshots, which can be seen below: 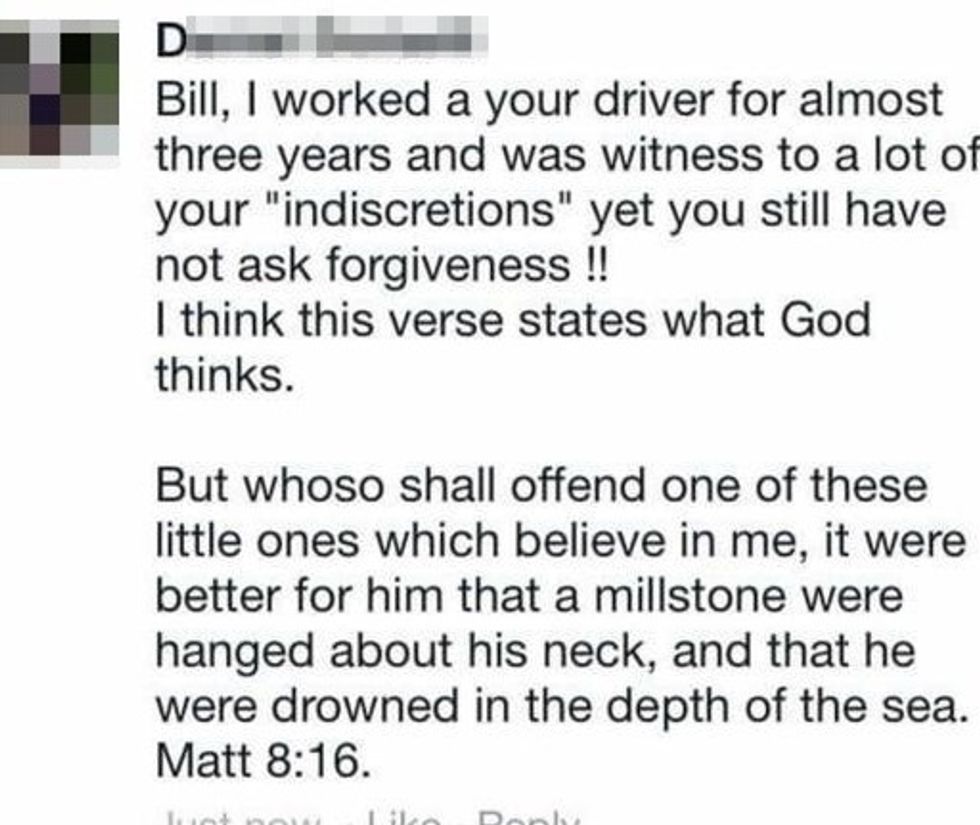 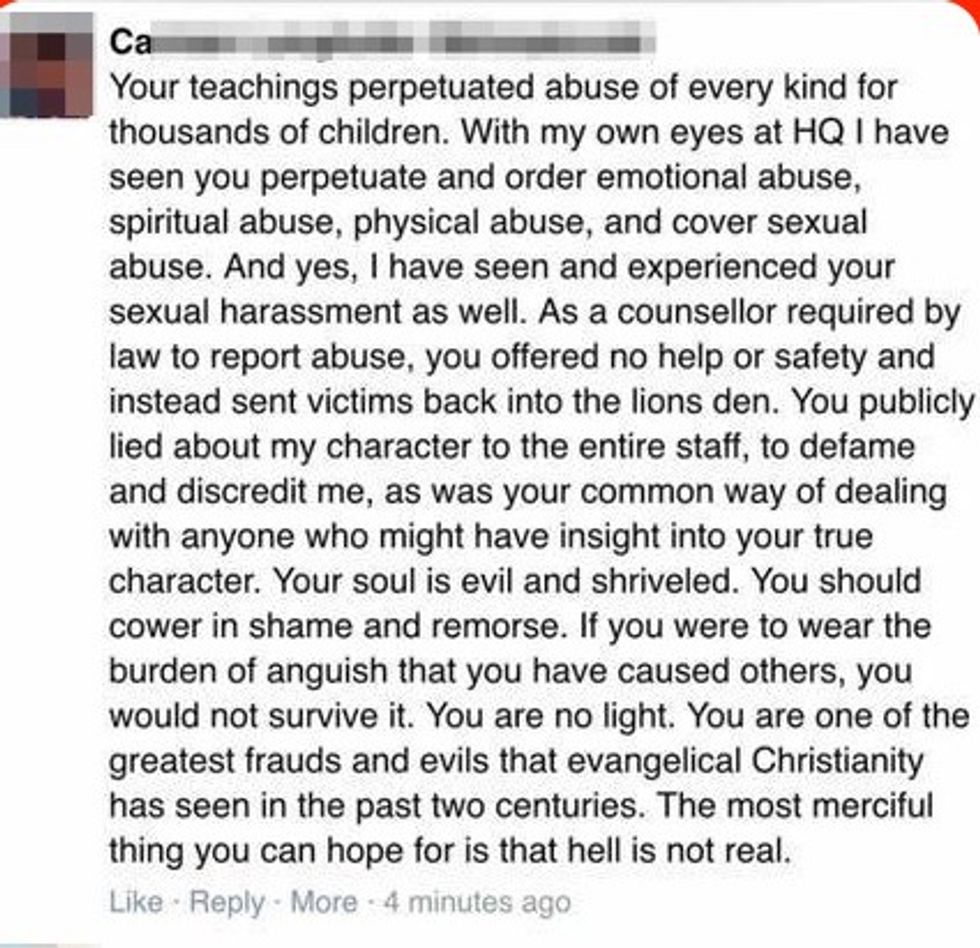 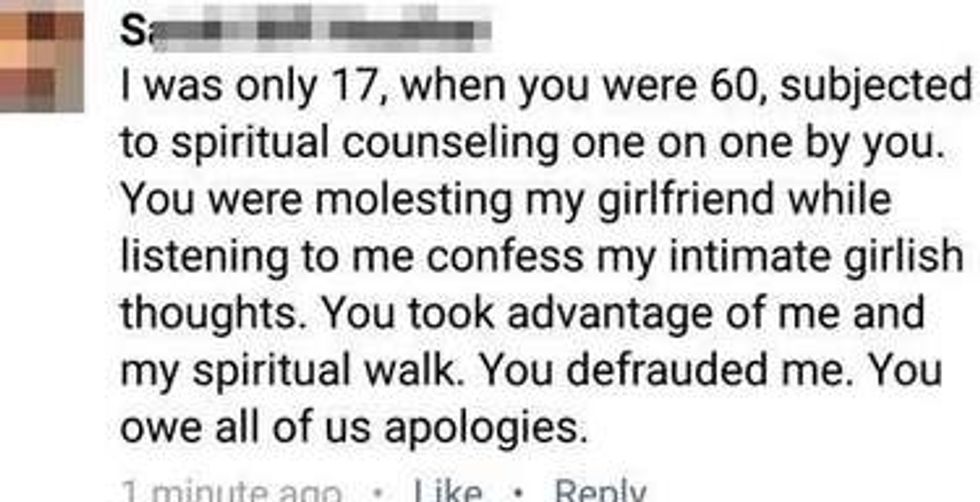 After the page's moderator started clearing out the negative comments toward Gothard, another user responded by offering help to them against the ex-minister: 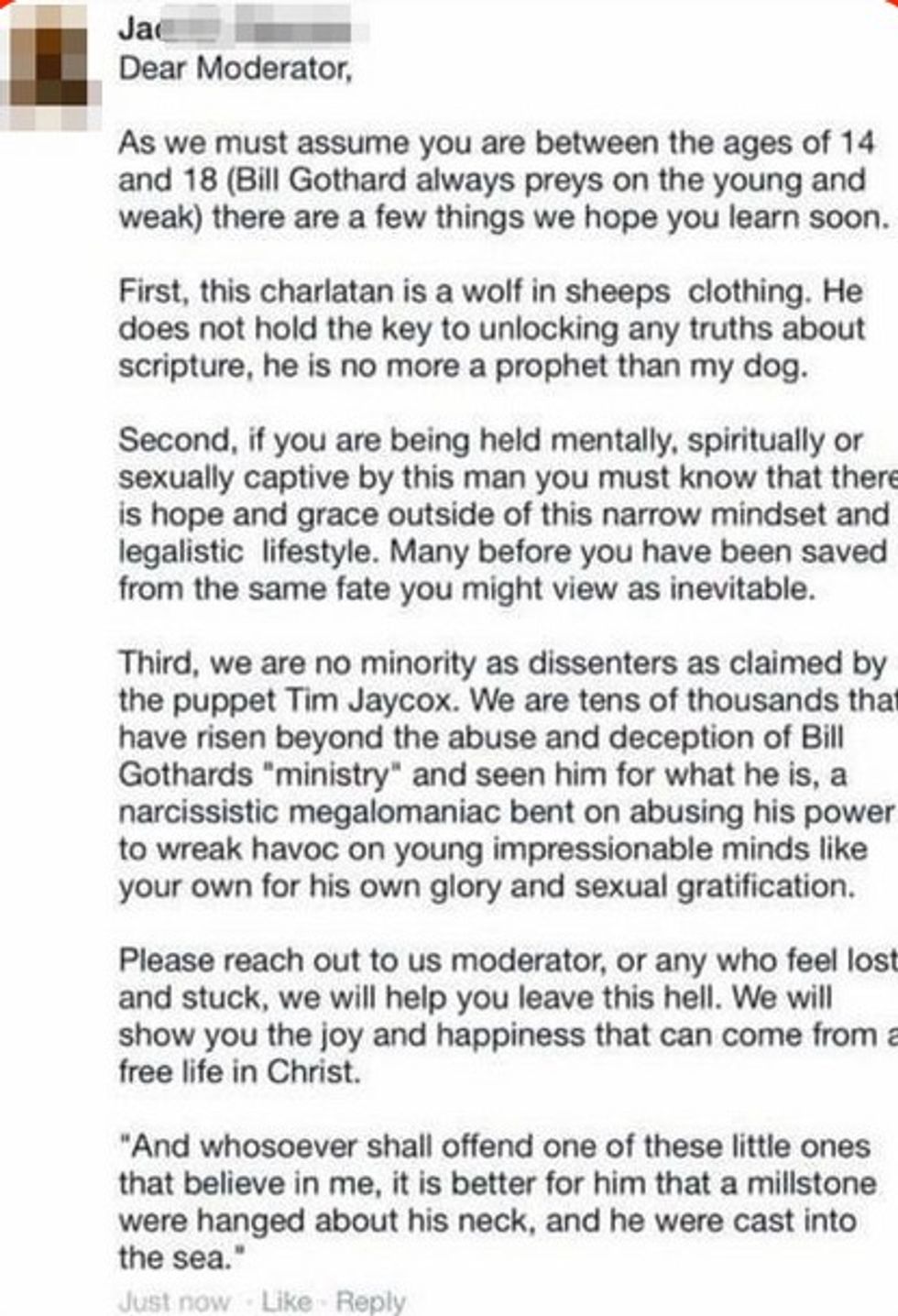 During his tenure leading the group, Gothard became an advocate for the "Quiverfull" movement, which discourages followers -- like the Duggars -- from using birth control. Both Gothards' teachings and the movement came under increased scrutiny following the revelation that Josh Duggar had molested several of his sisters as a teenager.