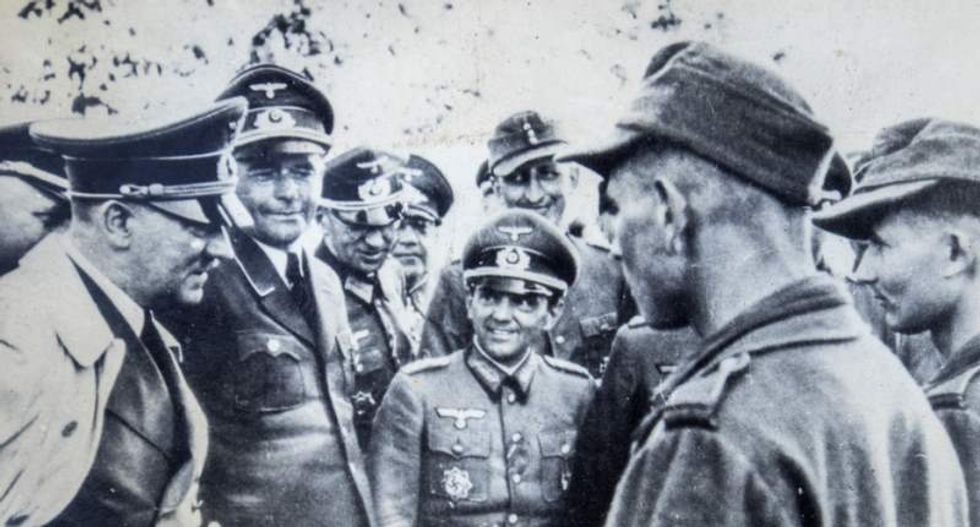 A new book released in Germany confirmed the long-standing suspicion that both Adolf Hitler and Nazi Germany forces were heavy drug users during World War II, the Daily Beast reported.

Author Norman Ohler documents in Der Totale Rausch -- which translates to The Last Rush in English -- that German soldiers relied on Pervitin, a pill form of crystal meth they believed to be "like coffee." At one point, Hitler sent his troops 35 million pills.

"The army realized there is a drug out there that might be of interest to soldiers because Pervitin keeps you awake for a long time," Ohler told Deutsche Welle. "For the first couple of days, you don't need to sleep. It was used for the first time when Germany invaded Sudetenland and then Poland, and then when Germany attacked France in 1940, a Blitzkrieg strategy."

The drug was manufactured by one of the country's leading pharmaceutical, Temmler, and was banned in 1941. But it was already popular in Germany before the war, he said, helping residents maintain a "euphoric" mood going into the conflict.

While it's unclear whether the Nazi leader used the same drug, Ohler wrote that his personal physician, Theodor Morrell, was constantly supplying him with animal hormones and Eukodal, a form of heroin, which Hitler used to cultivate an "invincible" feeling about himself.

"Hitler loved Eukodal" Ohler explained. "Especially in the fall of 1944, when the military situation was quite bad, he used this strong drug that made him euphoric even when reality wasn't looking euphoric at all. The generals kept telling him: 'We need to change our tactics. We need to end this. We are going to lose the war.' And he didn't want to hear it."

Ohler, who did research for the book by visiting both the American and German federal archives, said the drug use spread beyond German troops after British forces discovered their enemies' use of Pervitin.

"Basically, the Germans used crystal meth and the Brits used speed. Many of the American soldiers who joined the war effort went through Britain to get to the war theater and received amphetamines in Britain," he said. "The Americans took the drug to keep up with these crazed German soldiers."