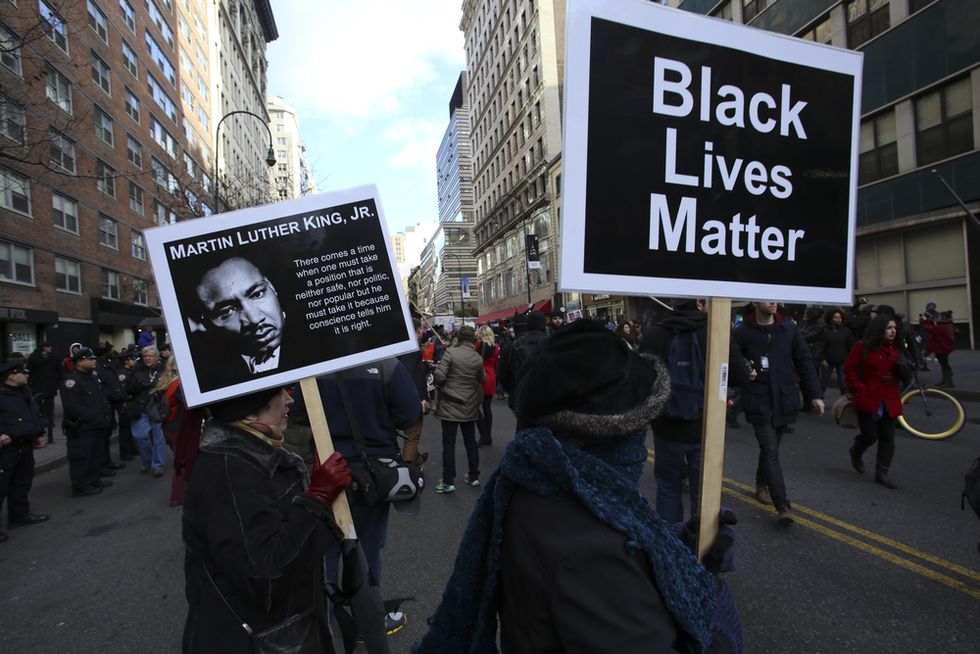 A high school senior in Houston, Texas said an official yelled at her before asking her to leave campus for wearing a Black Lives Matter shirt with the names of victims of police violence written on the back.

"She was blaming me for pretty much everything going on in the school" Fatimah Bouderdaben told the Houston Press. "She told me that she heard some kids were calling her a racist and that had never happened before I put on the shirt so it was my fault people were calling her that."

Bouderdaben identified the official as Meredith Millspaugh, the dean of students at the Harmony School for Advancement. Millspaugh's encounter with Bouderdaben came after the senior wore the shirt as part of a tribute to Darren Goforth, the Harris County sheriff's deputy who was shot and killed after being attacked at a gas station on Aug. 28.

Both local authorities and conservative outlets have tried to connect the social movement to Goforth's death, an accusation activists have rejected.

Bouderdaben said some friends joined her in wearing the Black Lives Matter shirt, only to be asked to cover them up or take them off or risk being sent home.

A spokesperson for the school, Mustafa Tameez, said the issue was that her shirt included the names of people like Tamir Rice, Eric Garner, John Crawford, Rekia Boyd, and Michael Brown, among others. Harmony students who are related to law enforcement personnel reportedly complained.

"We've got a bunch of other kids," Tameez said. "We don't want fights in the school. We were trying to contain and handle her as delicately as possible."

Bouderdaben said she was not reprimanded aside from being sent home, adding that Millspaugh apologized to her and her mother. The school has also allegedly stated that it "looking to set aside a day" to address the movement.

'"This is something I completely believe to be important," Bouderbaden told the Press. "It’s hard to stand up for your beliefs, but it's more important to speak than stay silent."