'I don't think it's the right job for him': Tennis ace James Blake wants undercover cop who attacked him fired 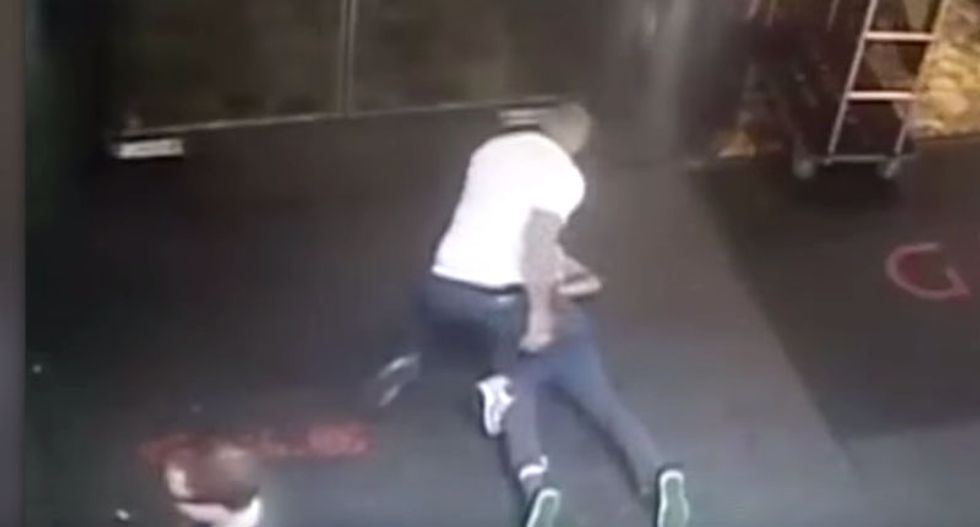 Former professional tennis player James Blake said on Saturday that an undercover policeman who body-slammed him outside a Manhattan hotel in a case of mistaken identity did not deserve to wear an officer's badge, and he told CNN he should be fired for abusing his powers.

Blake, who reached a career high of No. 4 in the world and retired two years ago, said he initially thought that it was someone rushing up to give him a hug "or something positive" as he waited alone for a car to take him to the U.S. Open for corporate appearances.

But the 35-year-old American said the officer gave no warning or identification before tackling him, throwing him to the ground, then handcuffing him.

Blake is black and the New York City Police Department officer, James Frascatore, is white. The incident revived debate over excessive police force that has reverberated around the country after a series of police killings of unarmed black men.

"To be a police officer, you're given a lot of rights and you're given certain powers, and then to abuse them is just wrong," Blake told CNN in an interview.

"I do think he should lose his job over this, because I don't think it's the right job for him."

Blake said he did not think the incident was about race, but about excessive use of force by police.

He said he was scared to think what might have happened if he had raised his arms in defense, "or done the normal human reaction of someone coming at you ... because it seemed like this person had an agenda with how this was going to go down."

On Friday, the NYPD released security camera footage that showed Blake giving no resistance, but being slammed to the ground then handcuffed by Frascatore on Wednesday in front of the Grand Hyatt hotel on 42nd Street.

Blake has retained a lawyer and he told CNN he has not decided if he will bring a lawsuit.

He said he plans to talk with Mayor Bill de Blasio and NYPD Police Commissioner Bill Bratton about changing the way officers use force, and he will consider suing if there are no reforms.

Police have said Blake was mistakenly identified by "a cooperating witness" as being involved in selling fraudulently purchased cellphones. They said that allegations of excessive force would be investigated internally.

Both Bratton and de Blasio have publicly apologized to Blake. Frascatore was placed on modified assignment. Bratton has questioned the tactics Frascatore used, and other media have reported the officer has had five civilian complaints filed against him.

Blake was released within about 15 minutes, but suffered a cut to his left elbow and bruises to his left leg.