'In the US we call them n****rs': Connecticut firefighter suspended over advice to British right-wingers 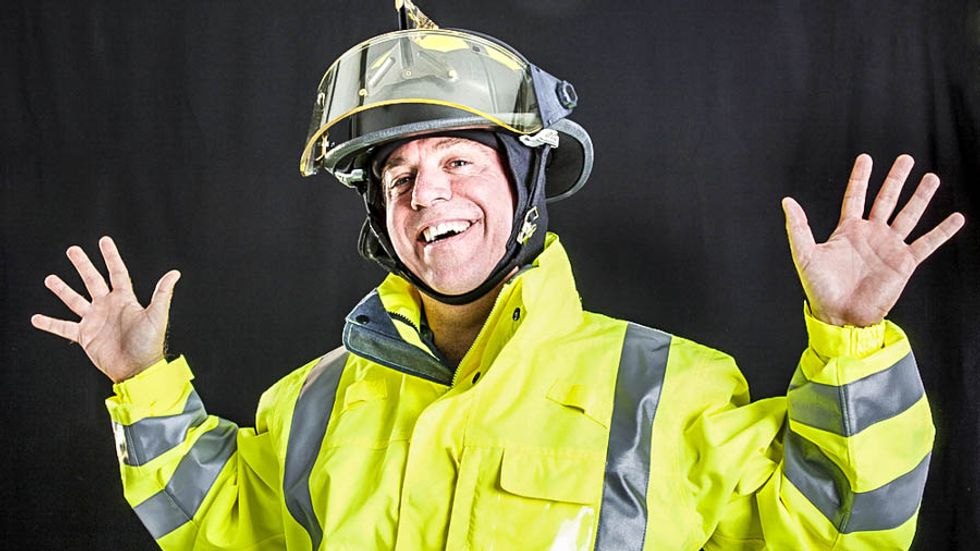 Stock photo: Firefighter lets off steam by goofing around (shutterstock.com)

A Connecticut firefighter was suspended for 15 days after he was reportedly caught telling a British conservative group to call minorities the N-word.

According to WVIT, the racist comment was discovered on a Facebook page for the British anti-Muslim group "English and Proud."

WTNH reported that the comments were posted under the name Kevin Owens, a 20-year veteran firefighter.

“In the U.S. we call them n****rs,” the post bearing the New Haven firefighter's name read. The posting was reportedly removed hours after it was noticed by the New Haven Firebirds, a black and Latino firefighters group.

New Haven Mayor Toni Harp said that she was enraged by the remarks, but she vowed to deal with the incident through the city's official process.

“I am a person that has been called that name in elementary and high school, and I’ll tell you it’s very demoralizing and hurtful,” Harp told reporters on Tuesday. “My people helped to build this country on slave labor. I am enraged by this comment, but we’ve got to go through a process.”

Fire Chief Allyn Wright said on Tuesday that he suspended the firefighter for 15 days, the maximum penalty unless the Board of Fire Commissioners takes action, the New Haven Independent reported.

The firefighter has claimed that someone had stolen his Facebook login credentials, and that he was not responsible for the comments, Harp said.

“He apologized and regretted that it was on his website,” Kottage noted. “He needs time to look at his options.”

Kottage said that the firefighter declined to confirm or deny that he had made the posting during a meeting on Tuesday.

“If it’s true, it’s very hard to defend stupidity,” Kottage insisted. “Racism cannot be accepted in our city or anywhere.”