In too many ways, America’s poorest communities are just like prison 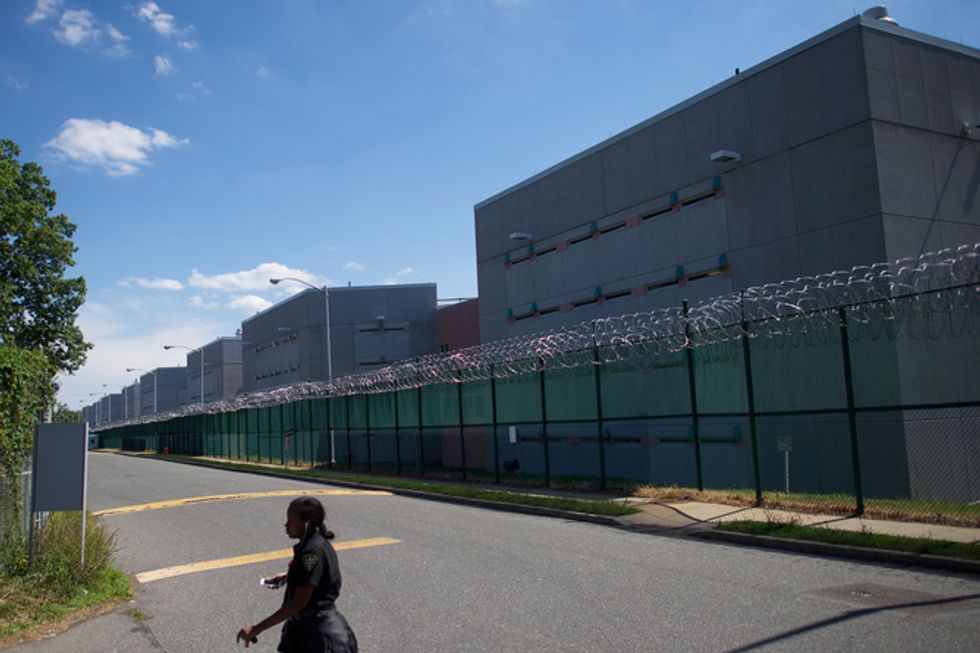 An employee exits the complex of Curran-Fromhold Correctional Facility in Philadelphia, Pennsylvania, August 7, 2015. Pope Francis is scheduled to visit the prison on September 27 during his six-day visit to the United States. Picture taken August 7, 2015. REUTERS/Mark Makela - RTR4YZTB

Pope Francis is going to prison.

After visiting with incarcerated individuals in a correctional facility in Philadelphia, he might offer us a simple suggestion: treat prisoners better.

But this advice hides an inconvenient truth.

The conditions experienced by incarcerated individuals, especially those in prison, mirror the conditions they experience in their own neighborhoods.

Poor conditions in correctional facilities constantly make headlines: A jail not “fit for an animal” in Baltimore. Inmates brutally beaten by officers in New York. Cruel and unusual prison crowding in California. Americans are concerned. With over two million people locked up in the US, the concern is justified.

But what about concern for the places that the locked up come from – and return to?

As a criminologist at Arizona State University who studies reoffending, I know that poor conditions and inadequate programming in prisons do little to change the attitudes and behaviors of offenders. But it’s not just prisons in America that are impoverished environments.

Poor communities and prisons are more similar than we’d like to admit.

Prisons have a code whereby toughness and independence are valued; impoverished communities have a code in which acts of aggression command respect.

The job and educational programming opportunities in prison are few and lacking in quality; in impoverished communities, the schools are underresourced and opportunities for gainful employment are virtually nonexistent.

And perhaps most importantly, both correctional institutions and impoverished communities are disproportionately filled by people of color. Imprisonment rates for black males are 5.8 times greater than that of white males. Hispanic male imprisonment rates are 2.3 times greater. Blacks and Hispanics both have poverty rates over 20%, with whites at 10%.

Significant poverty levels persist in America. Prisons share at least some of the blame. But there are more good reasons we should talk about poor communities when we talk about prisons.

And there’s another problem. Despite increasing public outcry over prison conditions, it’s likely that a significant portion of Americans believe that convicted criminals have forfeited their right to fair treatment. Critics of prison reform question why incarcerated individuals should have access to things like college classes when law-abiding citizens may not have the same luxury.

Prison reform may be more appealing to critics when the narrative changes to one of crime prevention. More people will be won over if we change the discussion from one of values and “the right thing to do” to one of fiscal and public safety concerns for all the residents of American cities and towns.

Improving conditions in poor communities may prevent some individuals from ever entering the penal system.

Prison reform and community reform go hand-in-hand. The same sorts of conditions that lead to depression, self-harm and misconduct in prisons are the ones that contribute to these outcomes on the outside.

The parallels aren’t perfect. Mismanagement by administrators and mistreatment by staff can lead to poor living conditions in prisons. By no means are all prison conditions rough, nor is the situation equally dire across all impoverished communities. Most individuals living in poverty aren’t criminals.

But if the causes of harm are similar in prisons and impoverished communities, then so may be the answers. A restoration of federal Pell grants can give incarcerated individuals better access to quality education. Improving the “programming” in impoverished communities – including that related to education, the workforce and productive recreational time – may reduce the frustration inherent to growing up and living in poverty while creating more promising futures.

Over 700 youth enrolled in a summer job program in Chicago, for example, had a 43% decrease in violent crime arrests over 16 months as compared to youth who didn’t enroll in the program. The program placed youth in paid nonprofit and government jobs and assigned them job mentors. And these youth resided in highly disadvantaged neighborhoods characterized by high rates of unemployment, poverty and violent crime.

Pope Francis would surely agree: Improving the conditions of confinement in America’s jails and prisons is the humane thing to do. But that alone won’t improve the future prospects of the over 600,000 offenders who return to our communities each year. Impoverished communities increase the odds of recidivism by ex-offenders; returning to communities that offer more opportunities can reduce those odds.

And when ex-offenders turn away from crime, everyone wins.