It's not a lack of self-control that keeps people poor 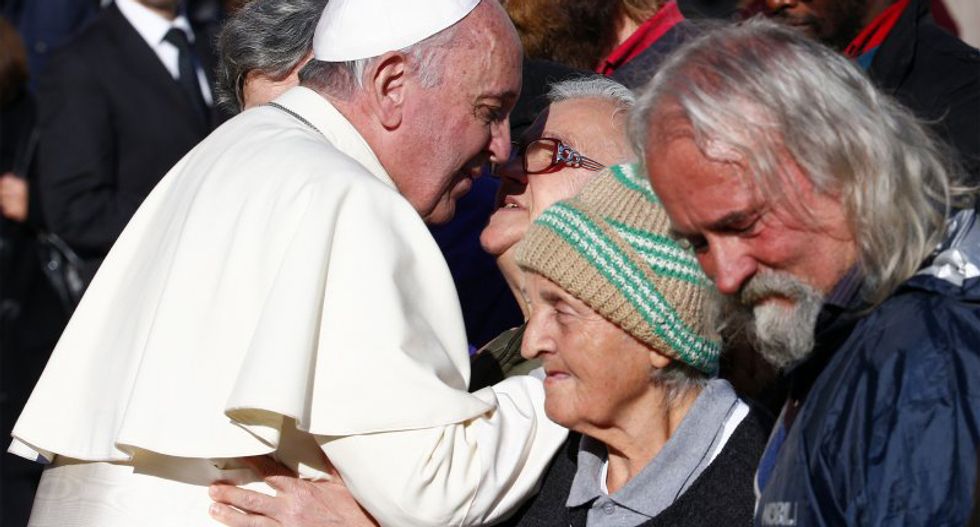 When considering poverty, our national conversation tends to overlook systemic causes. Instead, we often blame the poor for their poverty. Commentators echo the claim that people are poor because they have bad self-control and therefore make nearsighted choices. But psychology research says the opposite might be the case: poverty makes it hard for people to care about the future and forces them to live in the present.

As a researcher who studies goals and motivation, I wanted to know how self-control works and if science can help us get better at it. Poverty seemed like a good place to start, because greater self-control could be especially helpful there. In fact, the federal Administration for Children and Families is adding character-skills training to its programs in efforts to improve self-control among children.

But as I started this work I was surprised by all the reasons that it’s so hard for people in poverty to have good self-control. In fact, I started to question whether the usual definition of self-control – choosing long-term over short-term outcomes – even makes sense for people who are short on time, money or both.

Long-range planning can be tough on a low wage. In this photo, children of low-wage US federal contract workers attend a strike rally, asking for a US$15 per hour minimum wage, in front of the Capitol in Washington, DC, November 13 2014.

Poverty forces people to live in a permanent now

The very definition of self-control is choosing behaviors that favor long-term outcomes over short-term rewards, but poverty can force people to live in a permanent now. Worrying about tomorrow can be a luxury if you don’t know how you’ll survive today.

Research supports this idea by showing that poor people understandably have an increased focus on the present. People who are among the poorest one-fifth of Americans tend to spend their money on immediate needs such as food, utilities and housing, all of which have gotten more expensive. In this situation, the traditional definition of self-control doesn’t make a lot of sense.

Working toward future rewards also requires trust that those rewards will be waiting for you when you get there. To shed light on this we can look at the the classic experiment about self-control – the “marshmallow game.” Researchers use this experiment to measure how well children can delay gratification. They put one marshmallow on a table and tell a child that she can eat the marshmallow in front of her, or wait a while and the experimenter will bring her two marshmallows.

It turns out that children don’t wait as long for a promised larger reward if they first learned that the experimenter was unreliable compared to other children who played with a reliable experimenter. And, of course, instability and unpredicability are hallmarks of life in poverty.

People who grow up in poverty quickly learn that it doesn’t pay off to save for an uncertain future if the reward they are waiting for sometimes isn’t there after the wait. As Linda Tirado, author of Hand to Mouth: Living in Bootstrap America, writes:

[Poor people] don’t plan long term because if we do we’ll just get our hearts broken. It’s best not to hope. You just take what you can get as you spot it."

Research backs this up: just like the kids in the marshmallow studies, adults who were raised in poverty also focus on the present over the future, particularly when they are reminded of their mortality.

Under the right conditions, our brains are capable of unparalleled levels of abstract thought, such as imagining a future goal and making detailed plans about how to get there. But under adverse conditions, our brains have evolved to cut down on the flourishes and focus in on the basics of survival in the here and now.

And in our society, hardly anything is more adverse to survival than poverty. It would be foolish to spend precious mental resources thinking about solving a problem that won’t occur for a month when you can’t afford dinner tonight. A series of studies in 2013 on scarcity among people in the lab and farmers in the real world found that being deprived of money caused the equivalent of a 13-point drop in IQ. That kind of a handicap will make it hard for anyone to engage in the high-level thinking required for self-control.

Like any other kind of thinking, self-control can be taught. Children do better at self-control (and in school) when their parents teach them to solve problems independently and to participate in family decisions. But that kind of involved parenting takes time, and financially poor parents are often “time-poor,” too.

Family factors, like nurturing and stimulation, are directly linked to mental development and can be limited by time poverty. And parents living in poor, dangerous neighborhoods don’t give their children as much autonomy as parents who live in less dangerous neighborhoods. This doesn’t mean that poor working parents aren’t choosing to teach their kids self-control. It means they may be prevented from teaching self-control to their children.

Planning for tomorrow is hard when you need to get through today. In this photo, Brandi Burnau and Jody Dildine wait outside the St Vincent de Paul food pantry in Indianapolis, Indiana, November 29 2012.

The Little Engine That Could thought she could climb up the hill before she actually did. She had what psychologists call “self-efficacy,” the belief in her own abilities. An important source of self-efficacy is watching similar others accomplish goals.

A child born in the bottom fifth of the income distribution has less than a one-in-10 chance of moving to the top fifth, and even the brightest poor children are still less likely to complete college than average wealthy children. Evidence supports the commonsense conclusion that children in poverty have little reason to have high self-efficacy about self-control based on observing those around them.

Working out of poverty is an uphill struggle. The extra work required of people at the bottom to move up takes its toll on health. Poor children who succeed in school and life, particularly members of minority groups, often have worse health than those who fail, showing at least a 20% increase in a biological measure of heart disease risk.

A recent study found that adolescents from poor backgrounds with higher self-control did better psychologically but actually aged faster at the molecular level than those with lower self-control. Self-control and achievement require poor people to overcome a number of structural barriers and obstacles. This is stressful, and stress takes a toll on health. Navigating this difficult terrain causes wear and tear on key parts of the body such as the immune system and ultimately deteriorates health.

This research makes me rethink both poverty and self-control. The science suggests that poverty has powerful harmful effects on people, and helps explain why it’s so hard to escape. Their choices are much more a product of their situation, rather than a lack of self-control.

The way we scientists define self-control is part of the problem, too. We tend to think that focusing on long-term goals is always a good thing and satisfying short-term needs is always a bad thing; we say that “self-control failure” is equivalent to focusing on the near term. This definition works well for people who have the luxury of time and money to meet their basic needs and have resources left over to plan for the future. But self-control as currently defined might not even apply to people living in the permanent now.