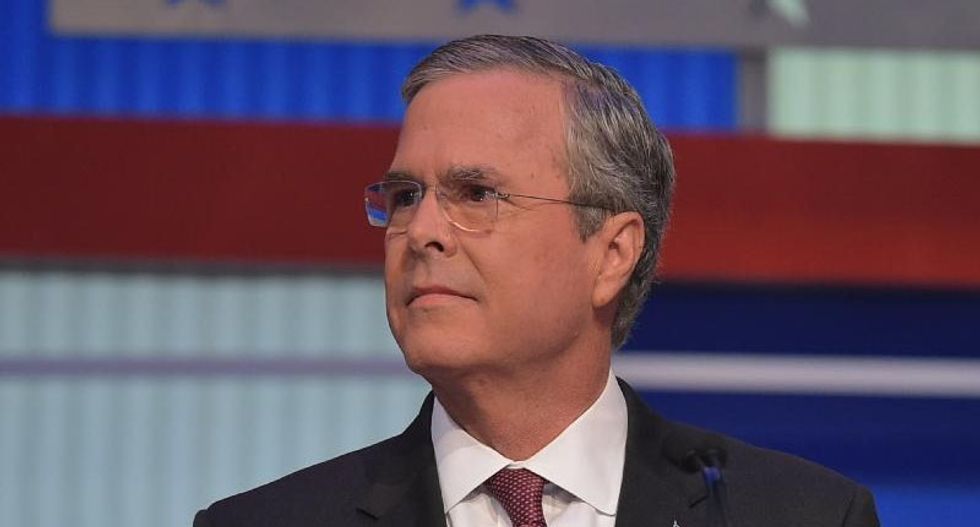 Republican candidate Jeb Bush will pledge on Tuesday to place a freeze on new federal government regulations if he is elected president in November 2016, saying bureaucratic rules are weighing down the U.S. economy.

The former Florida governor, trying to bump up his popular support by offering conservative policy ideas, will make the announcement in an appearance in Iowa, the early voting state where he lags behind front-runner Donald Trump.

For Bush, regulatory reform is a key part of a broad economic agenda that he says would be aimed at generating annual U.S. economic growth of 4 percent. He has already laid out ideas for tax reform and immigration policy.

Bush will lay out his regulatory plan at a late-morning roundtable discussion with farmers and small business owners at John Putney’s Farm in Gladbrook, Iowa.

His campaign said in advance of the event that under his proposals, he would stop implementation of new regulations until they are approved by an agency head nominated by him.

Complaining that the cost of complying with regulations is costing U.S. businesses billions of dollars, he would require that any new regulatory costs be offset by rollbacks in regulations elsewhere.

Bush will cite in particular the costs of complying with the Dodd-Frank Wall Street reform legislation enacted after the near-collapse of the financial system in 2008-09. The law has taken a toll on smaller, community banks, he says.

"As a result, it has become increasingly difficult for Americans with less than perfect credit to access capital to start, upgrade, or expand businesses and pursue their ambitions," his campaign said.

Bush, once the heavy favorite for the Republican nomination, is now fighting to climb higher in the polls after the summer rise of Trump.