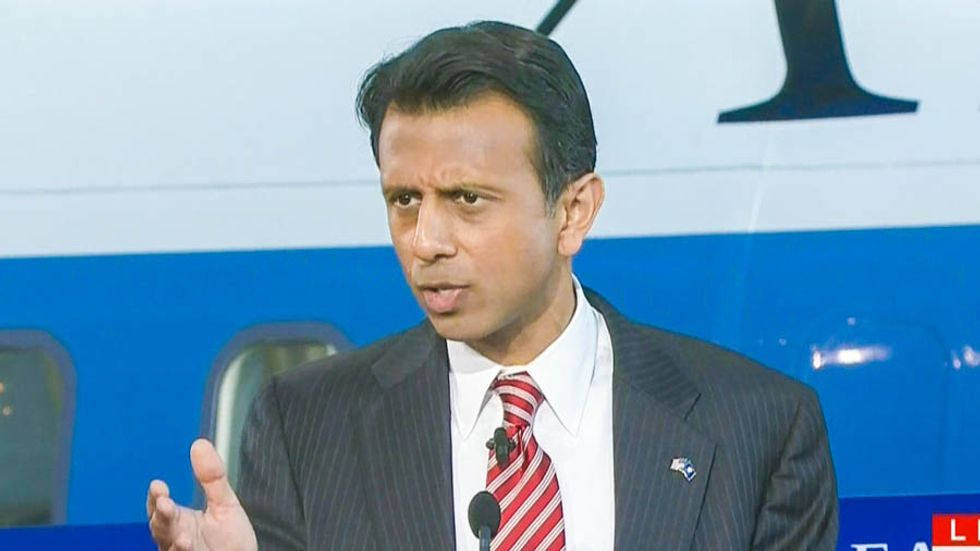 GOP presidential candidates Gov. Bobby Jindal and Sen. Lindsey Graham (R-SC) largely punted on Tuesday on a question regarding Ahmed Mohamed, the Muslim Texas teenager who was arrested over a "hoax bomb."

During the first CNN Republican debate on Tuesday, the Louisiana governor initially responded by saying Muslim leaders are not doing enough to criticize terrorists, before criticizing President Barack Obama's policies on terrorism.

Host Jake Tapper pressed him, telling him he did not answer the question about "striking the difference between vigilance and discrimination."

"He was released -- I'm glad that police are careful," Jindal said of Mohamed. "I'm glad they're worried about safety."

Jindal then veered off, saying the "biggest discrimination" in the country was suffered by Christian business owners who oppose same-sex marriage, and alluding to Rowan County, Kentucky clerk Kim Davis.

The senator then jumped into the discussion, saying he was more worried about "radical Islamic terrorists who are already here" than her.

"Here's the reality: young men from the Mid East are different than Kim Davis," Graham said. "And we've gotta understand that."