John Oliver: Teachers will say that you’ll use higher math as an adult — but ‘that is bullsh*t’ 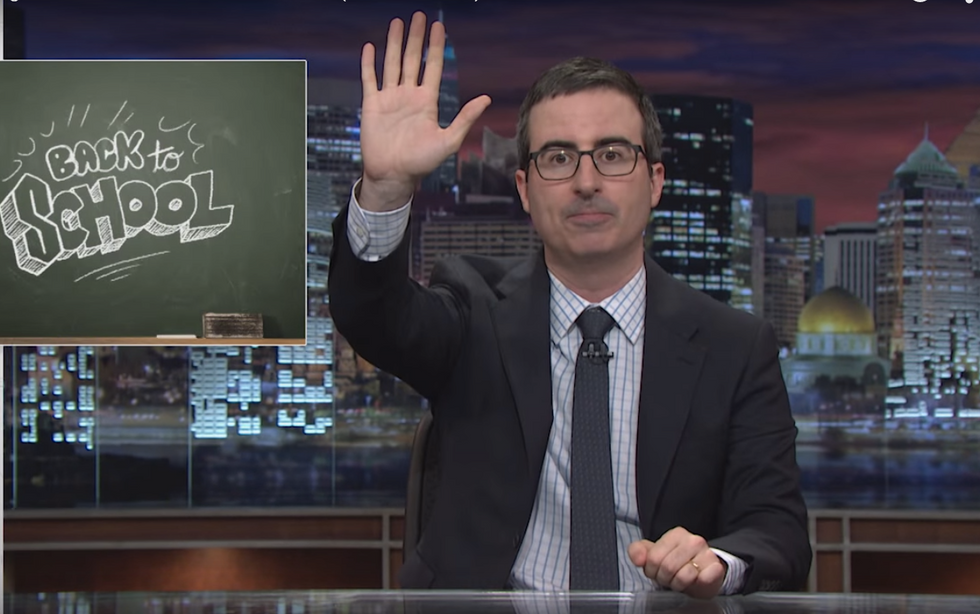 John Oliver's HBO series Last Week Tonight is on hiatus until Sep. 13, but Oliver released a back-to-school message for students on Sunday night.

"We wanted to give a quick back-to-school video for the many students who are returning to school to prepare you for the upcoming academic year," Oliver said.

"You're going to be repeatedly told that you'll need this when you grow up," Oliver said. "That is bullshit."

"You will need addition, subtraction, multiplication and division," he said, "which, where I'm from, were called 'the original Fab Four.'"

"But that is it. I am an adult with a job and I cannot remember if a logarithm is some kind of exponent, Kenny Loggins' first album or a method of lumberjack birth control," said Oliver. "I don't know."