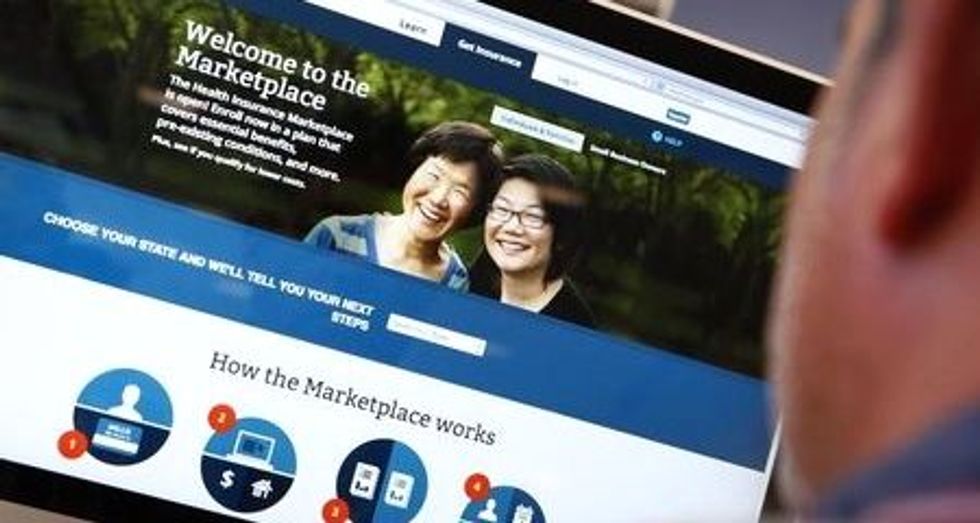 A man looks over the Affordable Care Act (commonly known as Obamacare) signup page on the HealthCare.gov website in New York in this October 2, 2013 photo illustration. REUTERS/Mike Segar

A U.S. judge said on Wednesday congressional Republicans could proceed with parts of a lawsuit that alleges executive overreach by President Barack Obama's administration in implementing his signature healthcare law.

U.S. District Judge Rosemary Collyer, appointed by former President George W. Bush, a Republican, said the House of Representatives has standing to pursue claims that the secretaries of health and human services and of the Treasury violated the Constitution by spending funds Congress did not appropriate.

At the same time, Collyer determined they could not pursue claims that the Treasury secretary improperly amended the healthcare law, as those concerned only the implementation of a statute and not adherence to any congressional requirement.

Collyer did not rule on the merit of the claims, only on the administration's motion to dismiss the lawsuit on the issue of standing, a requirement in U.S. law whereby plaintiffs have to show they have been directly harmed.

On that issue, "the constitutional trespass alleged in this case would inflict a concrete, particular harm upon the House for which it has standing to seek redress in this court," Collyer wrote in her opinion.

Both sides will now proceed to argue on the merits of the claims.

The case is United States House of Representatives v. Burwell et al, U.S. District Court for the District of Columbia, No 14-1967