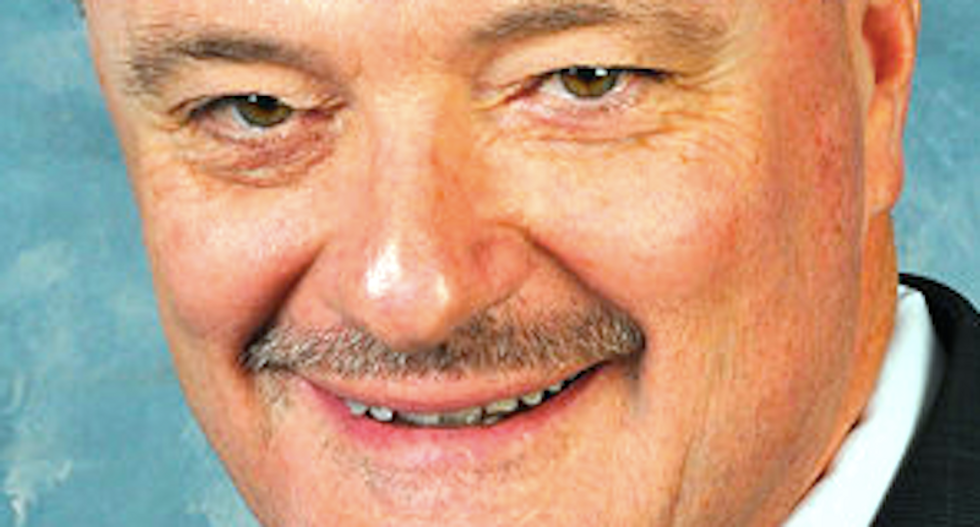 A Kentucky Republican lawmaker and two libertarian candidates are claiming a First Amendment right to accept gifts from lobbyists.

State Sen. John Schickel and a pair of Libertarian Party hopefuls filed a lawsuit in U.S. District Court intended to overturn state ethics laws that limit campaign contributions to $1,000 and prohibit lawmakers from accepting gifts from lobbyists and their employers, reported the Lexington Herald-Leader.

“This infringes on the legislator’s, lobbyist’s, and employer of lobbyist’s right to freedom of association, and freedom of speech,” Schickel argues in the lawsuit.

Kentucky passed ethics laws in 1992 after an FBI investigation, named Operation BOPTROT, revealed 15 elected officials -- including then-House Speaker Don Blandford -- in the state had been selling their votes.

Schickel complained in his lawsuit that current ethics laws prevent him from attending "holiday parties, hosted by longstanding friends, who are lobbyists or employ lobbyists."

"They have gone so far overboard with these rules that it's ridiculous," said Christopher Wiest, an attorney for Schickel and the libertarian candidates. "If you're a legislator and a lobbyist is your next-door neighbor, and he invites you over to his place for a Christmas party, you can't accept, because it might be considered a form of entertainment or a thing of value."

The Herald-Leader pointed out in an editorial that Schickel "needn't sit alone during the holidays," because the lawmaker could attend such gatherings as long as he brought his own "holiday cheer" or paid for his share of the entertainment.

Schickel, a second-term lawmaker from Union, filed the lawsuit last month against the Legislative Ethics Commission and the Kentucky Registry of Election Finance.

He was joined in the suit by Kentucky House candidate David Watson, of Benton, and Pendleton County Judge-Executive candidate Ken Moellman Jr.

Schickel has previously tried to double the state's campaign donation limit in a last-minute amendment, with the help of the GOP Senate majority, but the Democratic House majority later blocked the maneuver.

The lawmaker's attorney said Schickel decided to challenge ethics laws through the courts because he doubted House Democrats would "go along with him on these issues."

Schickel said he expects he will need up to $350,000 to defend his Senate seat next year in heavily Republican Boone County, and he complained that present rules have allowed him to collect just under $98,000 from 150 donors so far.

He said lobbyists in the state capital, Frankfort, are willing to give him money to boost his re-election campaign, but Schickel complained in the lawsuit that he feared criminal charges if he accepted their offers.

Moellman ran unsuccessfully for state treasurer in 2011 with the expressed intention to eliminate the office -- which he believes is unnecessary.

"In my view, any limits are completely unconstitutional and violate free speech," Schickel said. "The legislature through its ethics code and campaign finance laws has restricted free speech, and this is also a major issue for anyone trying to take on an incumbent. The system completely favors those in office."

But a campaign finance watchdog said states that do not limit contributions, including Texas and Pennsylvania, show that incumbents retain an advantage.

"This concept of doing this for free speech is disingenuous," said Edwin Bender, executive director for FollowTheMoney.org. "The politicians are doing it because, when they are in power, they are able to retain power."