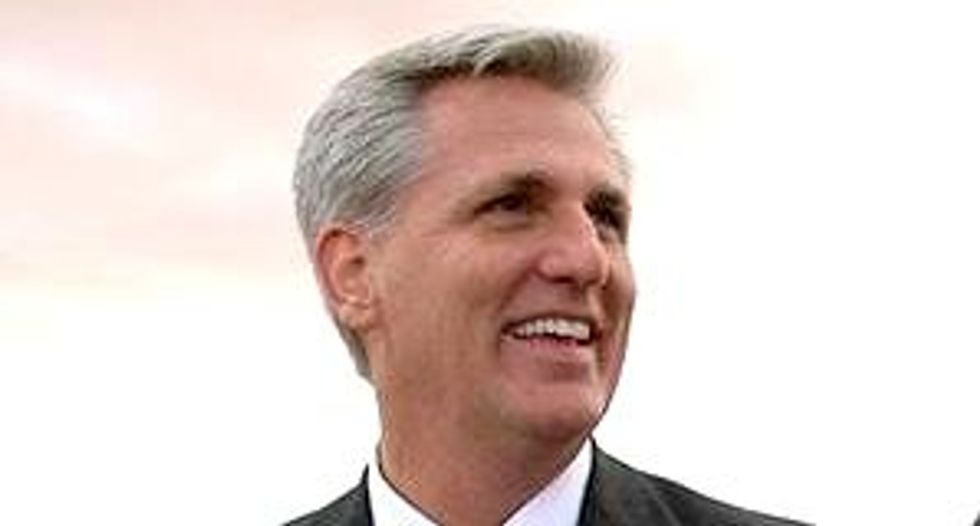 Right-wing base already hates Kevin McCarthy as much as they hated John Boehner.

King made his remarks after leaving the closed door meeting at which he said Boehner surprised the entire rank and file, including McCarthy, with his announcement.

Asked why he was resigning, King said it was "to avoid putting the party through tumult." Boehner repeatedly over the past five years has been challenged by small-government Tea Party activists and other conservatives who have demanded a more confrontational approach by the speaker with President Barack Obama and Democrats in Congress.