Larry Wilmore notices men keep shooting their d*cks off -- will that finally lead to gun control? 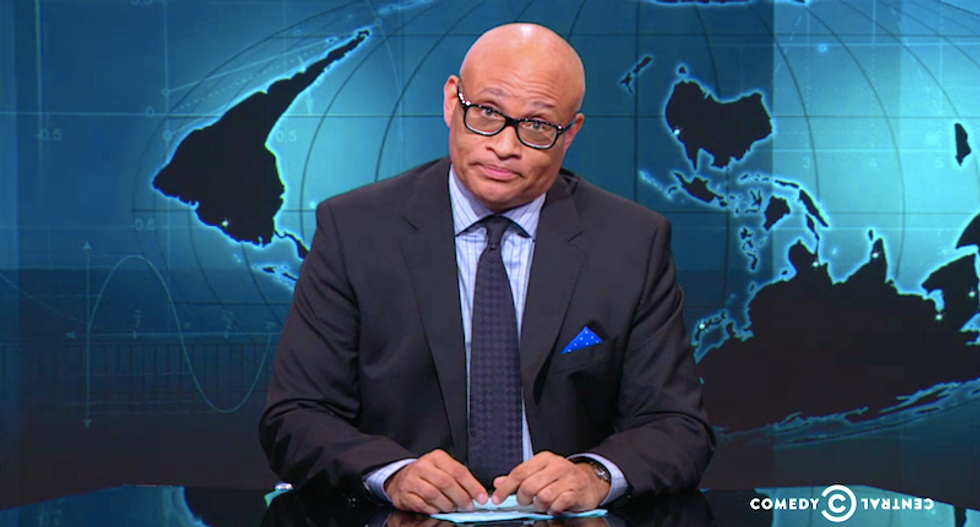 Larry Wilmore noticed that American men have been accidentally shooting their genitals, and one of his contributors said that might finally lead to gun control.

The "Nightly Show" host pointed first to an incident reported by The Raw Story over the weekend, after a South Dakota man attempting to illegally purchase a handgun accidentally shot himself in the penis and blamed it on a black man.

"Since he was involved in illegal activity, he made up a story about getting robbed and blamed a black guy, but it turned out the one black guy in South Dakota was visiting relatives in Chicago," Wilmore joked. "So, like his dick, this guy's story had an extra hole."

Wilmore then pointed to an incident in Washington, where a man accidentally shot himself in the scrotum during a two-day methamphetamine binge that him to believe his neighbor was under attack from "imaginary Mexicans."

Then, in Brooklyn, a man shot himself in the groin when police approached him as he urinated on a public street.

Wilmore asked "Nightly Show" contributors Mike Yard and Ricky Velez about the spate of shootings, but both men were too horrified to speak.

"You've heard the phrase, 'the way to a man's heart is through his stomach,'" she continued. "So maybe the way to gun control is through the fleshy stump where a man's dick used to be."

"What they can wrap their heads around is the possibility they can shoot off their own dicks," she said.