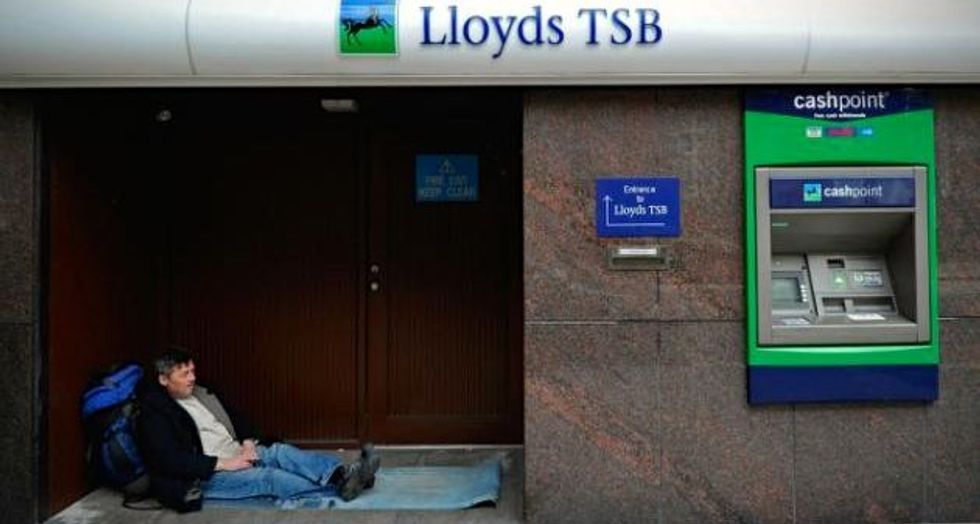 A London charity has resorted to handing out night bus tickets to give young homeless people a place to sleep due to a lack of hostel beds, it said Friday.

"It's the last resort, unfortunately, in order to ensure they are safer," said Patricia Byczek, deputy director of the New Horizon Youth Centre in Camden, central London.

"We don't have enough venues to refer them," she added, explaining that the centre tries to find accommodation for homeless people aged 16-24 at shelters and hostels around the city.

The charity has been distributing bus tickets for more than two years but increases in London rents coupled with growing pressure on night shelter places have made it increasingly necessary in recent months, according to Byczek.

Staff at the centre help young people find bus routes that run on a loop through the night to give them a full night's sleep before offering them breakfast and a shower in the morning.

Official figures show that 7,581 people slept rough in London at some point during 2014/15, a 16 percent rise on the previous year and more than double the number six years ago, according to homelessness charity Crisis.

Homelessness in the British capital has gone up by 85 percent in the last five years, the charity said.

"London is a difficult city to live in but if you're young you're all the more vulnerable," added Byczek, who is "extremely worried" about the situation.

The New Horizon Youth Centre said it only finds enough places for around half of the young people who seek its help, while three years ago it would have found accommodation for all.