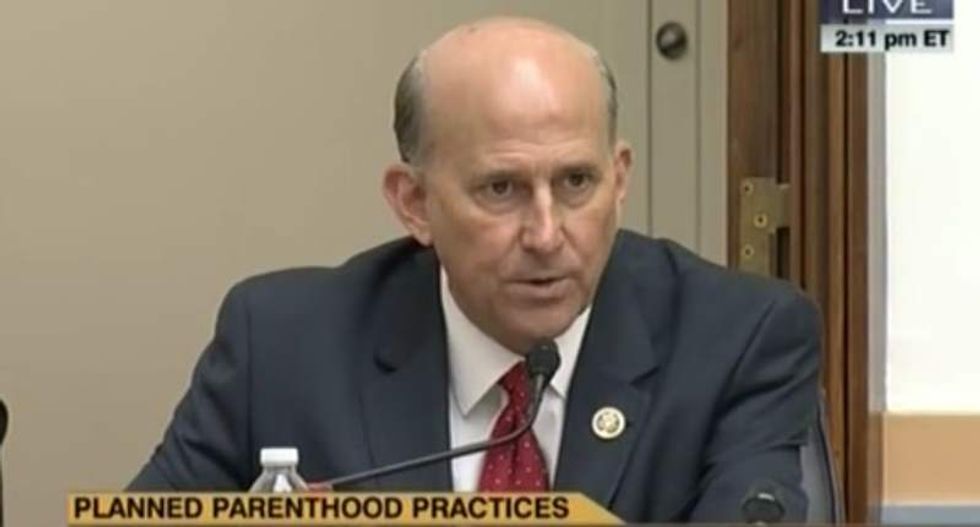 "[I] was reading about a woman that came complaining to the Prophet. She was in a city that was under siege. And she complained that another woman had talked her into a deal where the first time, they would boil her little baby and eat the child," he said. "And then after that, they would boil the second woman's child and eat that child. Well, let's face it: this hearing we've heard over and over, 'If it's to save lives, it's OK.' I could not believe how reprehensible that was, how immoral."

The Tea Party lawmaker was apparently referring to 2 Kings 6:29, which states that "So we boiled my son, and did eat him: and I said unto her on the next day, Give thy son, that we may eat him: and she hath hid her son."

The meeting was called following the release of a series of videos by an anti-abortion group, the Center for Medical Progress (CMP) claiming that it showed Planned Parenthood officials saying they made a profit off of fetal tissue donations. The agency was not represented in the list of identified speakers during the hearing.

Gohmert did not mention that the CMP videos were quickly debunked following their release. He also neglected to mention that both the federal Health and Human Services Department and investigators in five states have determined that Planned Parenthood did not violate any regulations in separate investigations.

"I see this as a hearing to protect the health of females," the congressman said.

Watch Gohmert's remarks, as posted online on Wednesday, below.