'Make no mistake, this is about race': Ferguson Commission issues blistering 'People's Report' on racial inequality 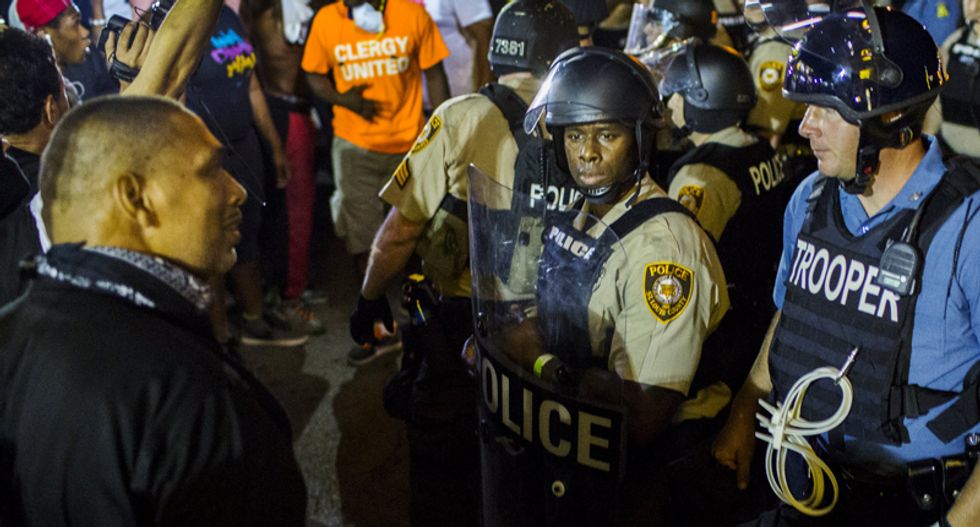 Stating from the outset that their report was not designed to “give the appearance of action” while being a “tool to maintain the status quo,” the commission established to look into the unrest in Ferguson following the shooting of unarmed teenager Michael Brown issued a blistering report blaming institutional racism at the heart of the matter.

The report (here in .pdf form) was released on Monday, according to the Riverfront Times, and the authors appointed by Missouri Governor Jay Nixon last November pulled no punches, writing, "We know that talking about race makes a lot of people uncomfortable. But make no mistake: this is about race."

The report -- entitled "Forward Through Ferguson" -- lists 47 "signature recommendations" that go far beyond what previous surveys have suggested after race riots over the past 100 years, pointedly focusing on getting state and local law enforcement under control.

Saying St. Louis County has a long history of racism, the authors write: "What we are pointing out is that the data suggests, time and again, that our institutions and existing systems are not equal, and that this has racial repercussions. Black people in the region feel those repercussions when it comes to law enforcement, the justice system, housing, health, education, and income."

Instead of couching their recommendations in academic jargon, the commission calls their work a "People's Report," saying: "The report is directed to the average citizens whose daily lives are affected by the issues we explored, and whose lives will be impacted by the calls to action we make. With that in mind, we have written this report to speak to an audience of average citizens — not lawyers, legislators, academics, politicians, or policy wonks."

Additionally the commission took the novel step of releasing the report digitally, including links to background sources to reinforce their recommendations.

Summarizing, the commission called upon local and state law enforcement to: "Serve and protect all citizens based on principles of Trust, Mutual respect, Transparency, Cultural competence, and Justice."

The commission stated that they have no enforcement authority and that it is up to legislators, law enforcement and the public to take the next steps.