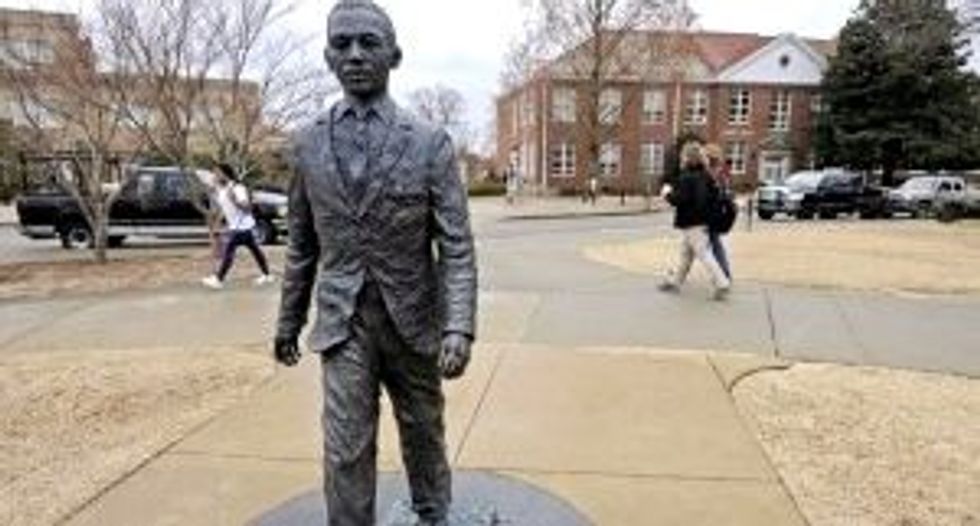 A former University of Mississippi student was sentenced on Thursday to six months in prison for his role in draping a noose and a Confederate icon around the neck of a statue of the school's first black student, U.S. Justice officials said.

Graeme Phillip Harris, who is white, pleaded guilty in June to a misdemeanor charge of using the threat of force to intimidate black students and staff at the school in Oxford, Mississippi.

In February, Harris and others hung a rope, along with an old version of the Georgia state flag featuring the Confederate battle symbol, around the neck of a campus statue of James Meredith, prosecutors said in a statement.

Under a plea deal, U.S. prosecutors agreed in June to drop a felony charge of conspiracy to violate civil rights, on which Harris had been indicted by a grand jury.

U.S. Judge Michael P. Mills in the Northern District of Mississippi also ordered that Harris be supervised for one year after his release.

“Those who would use threats and intimidation to spread fear and hatred through our schools and workplaces should know that the Department of Justice will vigorously prosecute these cases,” Principal Deputy Assistant Attorney General Vanita Gupta, head of the Civil Rights Division, said in a statement.

Harris' attorney could not immediately be reached for comment.