Marsha Blackburn invents new way to deny global warming: Humans are not 'the cause for carbon emissions' 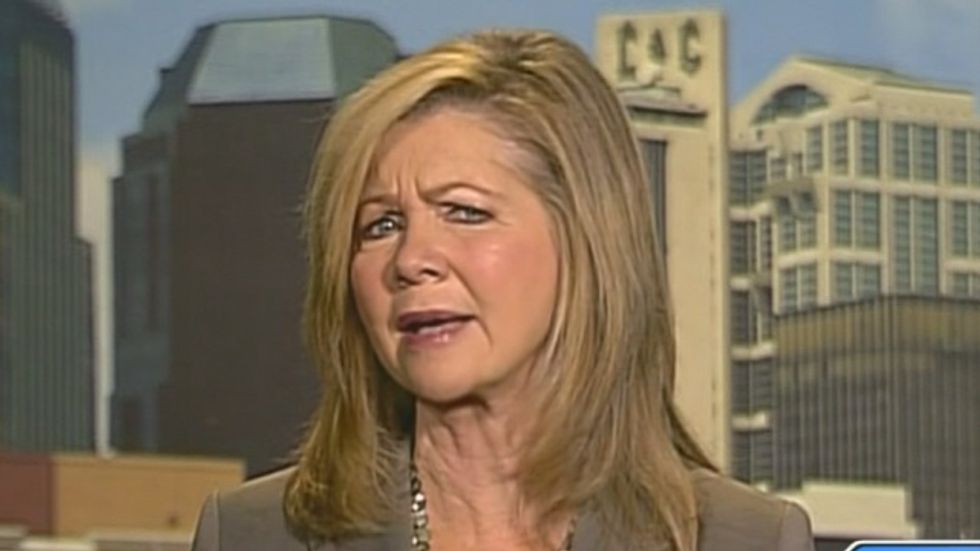 House energy committee Vice Chair Marsha Blackburn took global warming denial to the next level this week by suggesting that humans were not even causing carbon emissions.

The same week that Pope Francis was scheduled to speak in Washington on the need to address climate change, Blackburn spoke to the BBC as part of a Radio 4 documentary, "Climate Change - Are we Feeling Lucky?"

Blackburn declared to BBC Radio 4 that the "jury is still out saying man is the cause for global warming, after the earth started to cool 13 years ago."

After an interviewer pointed out that scientific data showed a substantial rise in temperature on the surface of the Earth, Blackburn countered that "we've cooled almost 1 degree (F)" in the last 13 years.

Blackburn said that she based her arguments after speaking to "different researchers," but she declined to name them.

The BBC asked if there was any scientific evidence that could change the congresswoman's mind.

"I don't think you will see me being persuaded," she said.

Blackburn also argued during the interview that the theory of evolution was false, the BBC reported.

"But the fact that CO2 levels have remained steady until very recently shows that natural emissions are usually balanced by natural absorptions," the magazine explained in 2007. "Now slightly more CO2 must be entering the atmosphere than is being soaked up by carbon 'sinks'."

"It is nonsense to say the world has cooled," Hoskins remarked. "If no evidence will persuade Ms. Blackburn of climate change, that shows how well-founded her views are."