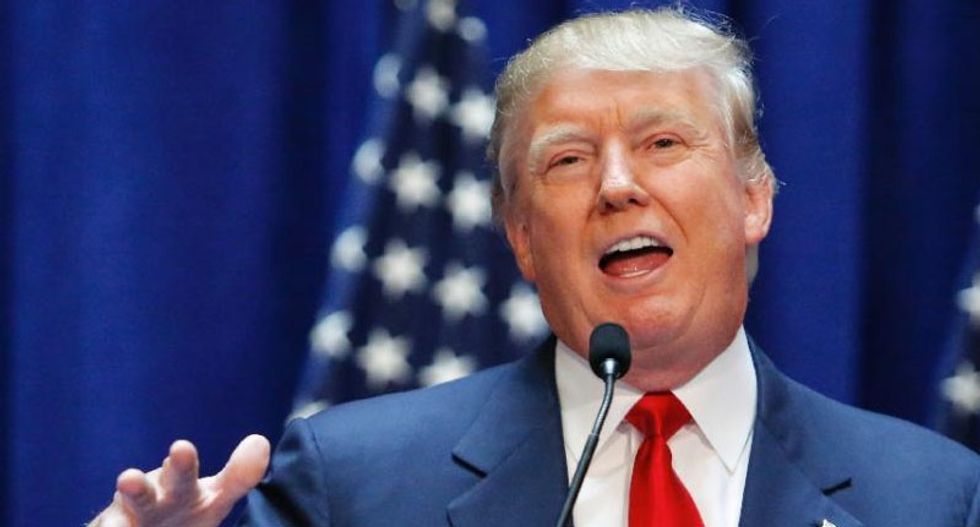 Though pundits are still struggling to understand it, the rise of Donald Trump shouldn’t have surprised anyone. For the pioneering German sociologist Max Weber (1864-1920), it would have been entirely predictable, a classic example of the politics of charisma.

Weber posited that modern political systems are normally rational and bureaucratic. They are managed by trained professionals who deliver public services according to a set of clear rules. They should operate like a reliable machine – an “iron cage,” as Weber put it.

But what if the machine breaks down? What if securities regulators fail to prevent a financial meltdown, if hospital administrators fail to deliver services that veterans have earned, if border guards (in both America and Europe) fail to staunch an influx of migrants, if diplomats fail to stop chaos in the Middle East, if economic planners fail to revive a stalled economy? Weber assumed that bureaucrats were disinterested career civil servants, but now they commonly do favors for the corporations they are supposed to regulate, and are then rewarded with executive jobs with the same corporations. What if the iron cage becomes a revolving door?

Then there is a crisis of public confidence in the governmental machine, and citizens will seek the polar opposite of a bureaucrat – a charismatic leader. As Weber defined them, “ ‘natural’ leaders – in times of psychic, physical, economic, ethical, religious, political distress – have been neither officeholders nor incumbents of an ‘occupation.’ ” They are antiestablishment inspirational figures driven by a kind of divine (or diabolical) madness.

“In contrast to any kind of bureaucratic organization of offices,” Weber wrote, “the charismatic structure knows nothing of a form or of an ordered procedure of appointment or dismissal.” (It simply proclaims, “You’re fired.”) The leader “knows of no abstract codes and statutes” (the Fourteenth Amendment, for instance). “Charisma knows only inner determination,” ruling by declarations of personal will. If the iron cage falls apart, charisma builds a fence along the Mexican border.

Make a list of charismatic figures in history (Napoleon, Lenin, Hitler, Churchill, de Gaulle, Mussolini, Huey Long, Eugene McCarthy) and it becomes apparent that they can assume any ideological color. They may be good or evil, philosophers or buffoons, romantics or scam artists. But they have several common denominators.

They all arise in times of crisis: revolution, war, economic or social upheaval. At these ruptures, when conventional politics seems hopelessly inadequate, these mavericks crash the established party system. Churchill switched parties twice. De Gaulle was an army man who proclaimed himself “above parties.” Lenin, Mussolini, and Hitler created their own radical movements, which abolished other parties. Huey Long and Eugene McCarthy challenged incumbent presidents of their own party. So whenever Trump swerves from GOP orthodoxy, he alienates loyal Republicans but wins over voters who are disgusted with both parties.

Some charismatic leaders talk pernicious nonsense, but they all portray themselves as courageous truth-tellers, saying openly what mealy-mouthed politicians dare not speak. Without inhibition, they broadcast what they really feel about the rich, the Jews, Hitler, Vichy collaborators, the Vietnam War, or illegal immigrants. This strategy renders them gaffe-proof: some listeners are outraged, but many others find them inspiringly honest.

Where bureaucrats collect salaries and politicians solicit campaign contributions, Weber argued that “charisma quite deliberately shuns the possession of money and of pecuniary income per se.” The charismatic leader may be a St. Francis committed to poverty, or he may be “a pirate genius” who has already stolen all the money he will ever need. Either way, he impresses his followers because he seems to have no mercenary motives. St. Francis and Donald Trump have only one quality in common, but it is crucially important: neither can be bought.

Charisma is the politics of magic. Individuals possess it only so long as they defy rational calculations and work miracles (the conquest of Europe is a perennial favorite). In 1940, when most Frenchmen were ready to quit fighting, de Gaulle appointed himself their leader and led them back to the resurrection of France. Churchill kept the British people in the war by convincing them that they were holding out against impossible odds. The victories of Donald Trump are considerably less heroic but equally astonishing, and therein lies his appeal. He leads in the polls because no one ever expected him to lead in the polls.

Charisma evaporates when the magic ends, when there are no more crises or miracles, and politics reverts to what Weber called “routinization.” Churchill electrified the British people during the Blitz of 1940, but when he stood for election at the close of the war, the old soaring rhetoric no longer worked. Clement Attlee, leader of the opposition Labour Party, had all the charisma of an insurance salesman, but he promised the voters an efficiently administered welfare state, and they swept him into Ten Downing Street. De Gaulle rallied the French people when they were occupied by the Germans – but in 1968, when he had given them a stable, affluent Fifth Republic, they rose up in revolt. Lenin’s ruthless leather-jacketed Bolsheviks seized control of Russia – but they ultimately morphed into Brezhnev’s paunchy apparatchiks in crumpled suits, and then Communism was doomed. So to those who say that Trump should become a “responsible” politician, Max Weber would have replied: The Donald can only succeed by being The Donald.

By Jonathan Rose, professor of history at Drew University. His most recent book is The Literary Churchill: Author, Reader, Actor.