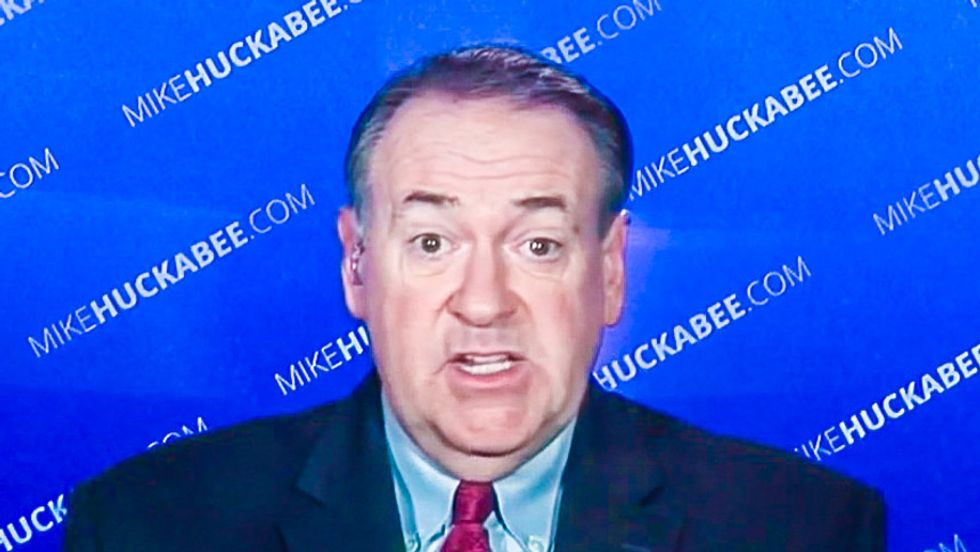 Huckabee accused Newsom and Democrats of ignoring bans on same-sex marriage in an interview with the conservative Daily Caller, saying, "Gavin Newsom in San Francisco as mayor, performed same-sex weddings even though it was illegal. Did he ever get put in jail? He most certainly did not."

The former Arkansas governor was referring to Newsom's move in February and March 2004 to issue marriage licenses to same-sex couples. Newsom responded on Twitter, as seen below:

. @GovMikeHuckabee you are dead wrong on the Kim Davis issue -- we issued marriage licenses because we believed the law at that time
— Gavin Newsom (@Gavin Newsom)1441592129.0

Once the court ordered me to stop, I did. I was never in contempt of court -- unlike Kim Davis. Get your facts right @GovMikeHuckabee
— Gavin Newsom (@Gavin Newsom)1441592233.0

The California Supreme Court ordered the city to stop issuing the licenses on March 11 of that year, and voided the certificates issued under Newsom's order five months later. However, the federal Supreme Court would strike down Prop. 8, the state ban on marriage equality, as well as the federal Defense of Marriage Act, in 2013. Mother Jones called the ruling "vindication" for Newsom at the time.

. @GovMikeHuckabee instead of trolling -- why don't you reply to what I said specifically...just as I responded to what you said.
— Gavin Newsom (@Gavin Newsom)1441600205.0

Huckabee, who has won the support of four percent of GOP voters according to Real Clear Politics, then offered his own response:

Other Twitter users joined in the discussion, many of them mocking Huckabee:

@GovMikeHuckabee You demand @GavinNewsom have respect for federal authority, yet don’t ask the same from #KimDavis? Such a hypocrite.
— Matt (@Matt)1441633752.0

You lost, dear! @GavinNewsom is a hero and you @GovMikeHuckabee are a big fat, ZERO. Have some dignity in defeat. https://t.co/ZYm7ddcP3P
— HuckabeesGayFriend (@HuckabeesGayFriend)1441632960.0