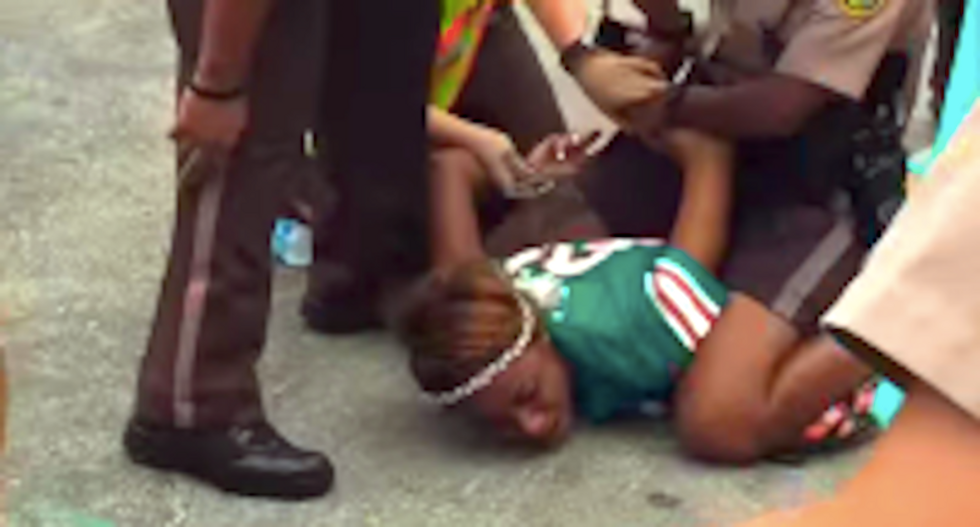 Miko Grimes, the outspoken wife of Dolphins corner Brent Grimes, was arrested at Sun Life Stadium on Sunday on charges of battery on a police officer, disorderly conduct and resisting arrest with violence.

That's according to Miami-Dade police, the arresting agency.

The arrest was captured on video, and went viral on Twitter as her husband was on the field. He left the locker room quickly and without comment after the Sunday's game.

The video, which was captured by a passerby, shows Grimes handcuffed and facedown during her arrest. She was wearing her husband's jersey and visibly distressed. Further details were not immediately available before deadline Sunday evening.

Grimes has a large Twitter following and co-hosts a sports-talk show on 560-WQAM.

A Dolphins' spokesperson said the team is aware of the reports and referred all calls to the Miami-Dade County police department.