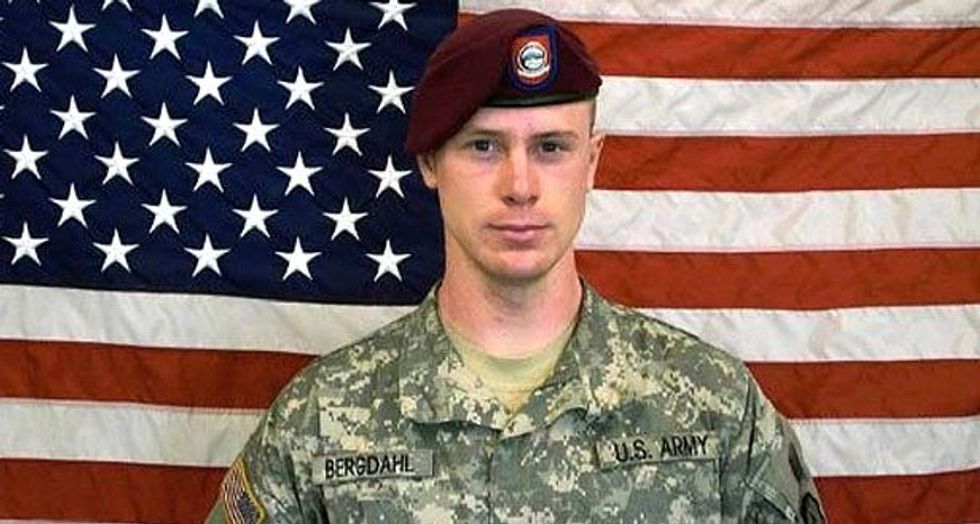 US military prosecutors said in opening statements on Thursday that Sergeant Bowe Bergdahl, a former prisoner of war in Afghanistan held for five years before being swapped in 2014 for five Taliban leaders, deliberately left his post.

Prosecutors at a preliminary hearing to establish probable cause said he launched a plan that was weeks in the making and there was sufficient evidence to hold him for trial on charges of desertion and misbehavior before the enemy.

"Under the cover of darkness, he snuck off the post," Major Margaret Kurz, a military prosecutor, said at the proceeding held at Joint Base San Antonio-Fort Sam Houston, Texas.

Bergdahl, dressed in his Army service uniform with his hair in a crew cut, has been held at the base since shortly after his release in the summer of 2014.

The proceedings are be similar to a probable cause case in civilian court where both sides can call witnesses and lay out legal arguments, legal experts said.

Bergdahl, 29, was charged in March with desertion and misbehavior before the enemy. If convicted of misbehavior, the most serious charge, he could be sentenced to life in prison.

Prosecutors said the search for Bergdahl began with nine men and expanded to a massive effort over about nine weeks. They said Bergdahl sent home personal belongings and told his family to expect something.

The government plans to call three witnesses, including his platoon leader and other commanders.

Bergdahl's lawyer Eugene Fidell had a one-line opening statement where he said: "The government should make Sergeant Bergdahl's statements available to the public, not only just to you," referring to statements his client made concerning the incident.

The Article 32 proceeding is similar to a grand jury investigation under civilian law, and the appearance would be Bergdahl's first before a court since being charged.

The presiding officer at the hearing will recommend the course of action for resolving Bergdahl’s case, whether it should proceed to a trial by court martial or be dispensed in some other manner.

Bergdahl disappeared on June 30, 2009, from Combat Outpost Mest-Lalak in Paktika Province, Afghanistan, and was later captured by the Taliban.

He was freed in a prisoner swap that sent five Taliban leaders who were being held at Guantanamo to Qatar, where they had to remain for a year. The deal drew heavy criticism from Republicans.

Fidell has said Bergdahl was not trying to desert when he left his post but instead was trying to locate the nearest general officer so he could report "disturbing circumstances."