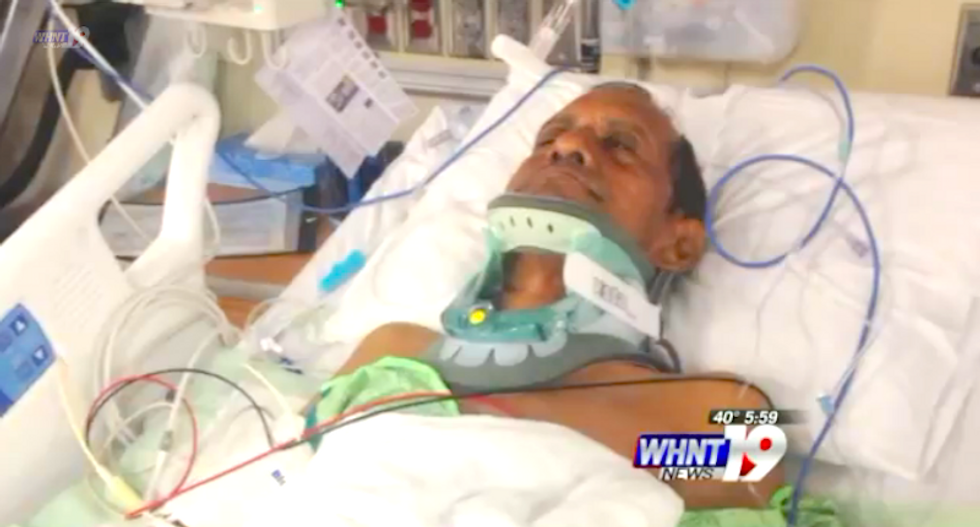 A U.S. judge declared a mistrial on Friday in the case of an Alabama policeman on trial for violating an Indian man's rights by throwing him to the ground and injuring him badly during an encounter captured on video, local media reported.

Eric Parker, 26, was tried in federal court on accusations that he used unreasonable force while a police officer in Madison, Alabama, during the February incident.

A jury in Huntsville, Alabama deadlocked on whether to convict or acquit him of a single charge of depriving an Indian grandfather of his civil rights, according to television station WHNT and local news website AL.com.

If convicted, Parker would have faced up to 10 years in prison.

The case involving 58-year-old Sureshbhai Patel, who did not speak English, drew international attention at a time when a series of killings of unarmed black men by police in the United States has raised questions about law enforcement's use of force.

Patel is not expected to fully recover from the injuries he sustained when Parker abruptly flipped him onto the ground, his lawyer has said.

Testifying in his own defense during the trial this week, Parker said he was following his training and felt he had no other option, television station WAFF reported. He said the injuries were an accident.

Madison police released video of the encounter, recorded from inside a patrol vehicle.

The department apologized for Parker's actions and recommended his termination, which he has challenged.

The grandfather had been on a morning walk about two weeks after moving from India to northern Alabama to help his son's family care for a young child.

The officer was following up on a call about a suspicious person.

Patel, who also testified during the trial, has sued Parker and the city, alleging racism played into his treatment.

Parker was charged in state court with misdemeanor assault. That trial and his termination proceedings are on hold pending the outcome of the federal case.