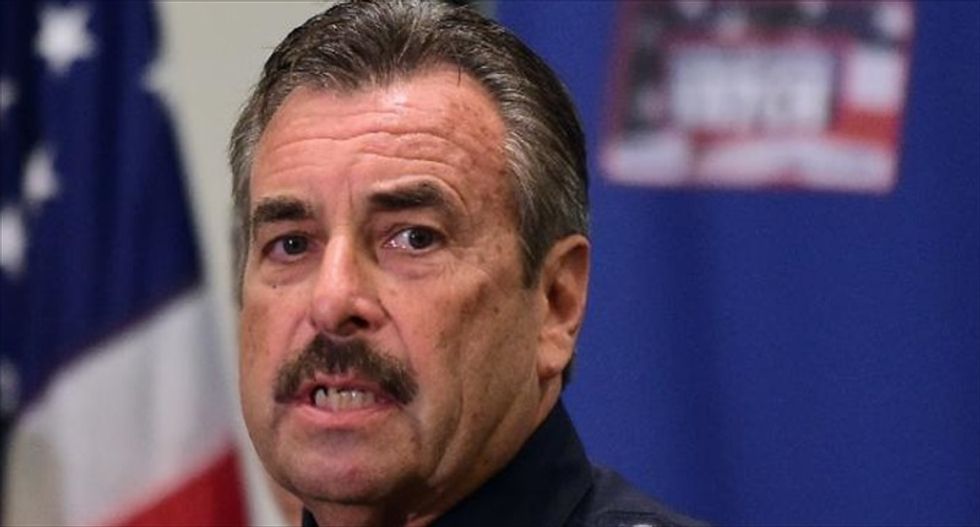 Several Los Angeles police officers are facing possible disciplinary action, at least two for excessive use of force, after a probe into the violent arrest of a black man whose detention already has resulted in a charge against one officer.

Police Chief Charlie Beck released a report on the department's investigation of the arrest on Tuesday and the Los Angeles Police Commission adopted it, opening the door for Beck to take disciplinary action against some of the officers. The names of the officers were redacted in the public report.

The incident follows a series of deaths of African-Americans at the hands of police, cases that have raised questions about U.S. race relations and the use of force by law enforcement.

Police responding to a report of a robbery in Los Angeles arrested 22-year-old Clinton Alford in October 2014 after a foot pursuit, prosecutors have said. The arrest was filmed by a building security camera, but the footage has not been made public.

In April, Officer Richard Garcia was charged with assaulting Alford during the arrest. He has pleaded not guilty and is due to appear in court again on Oct. 13.

In a federal civil rights lawsuit filed last year, Alford said he was kicked so hard he lost a tooth filling.

Beck's report said the main officers involved were placed on leave during an internal investigation.

In addition to detailing the use of force in the arrest, the report said personnel complaints have been opened against an unidentified officer who spat on or toward Alford when he was on the ground, and against a sergeant who allowed an officer to keep a copy of the security camera footage.

Alford was initially charged with possession of rock cocaine and resisting arrest, but those charges were later dismissed.

A spokeswoman for the Los Angeles Police Protective League, the union that represents the city's officers, declined to comment immediately on the chief's report.