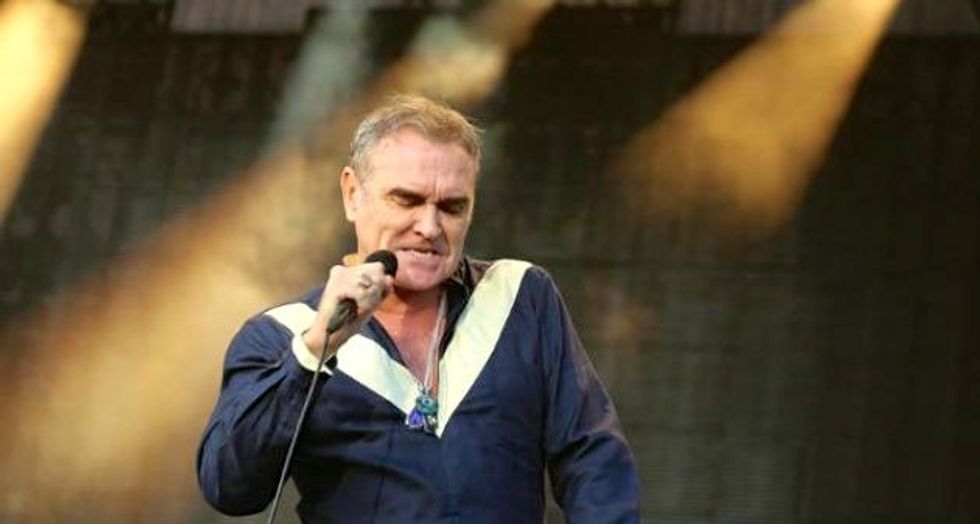 Pop star Morrissey released his debut novel "List of the Lost" in Britain Thursday to howls of derision from critics, who suggested that the ex-Smiths singer should stick to his day job.

The 118-page book tells the story of four teenage members of a relay team in the US city of Boston in the 1970s who accidentally kill a tramp.

The 56-year-old British singer behind songs such as "How Soon Is Now?" and "Panic" said the theme of the book was "demonology... the left-handed path of black magic" in a statement released to fan site True To You.

It was also about "the reality of what is true battling against what is permitted to be true," he added in a short note on the back of the book.

But critics took an unforgiving view of the novel, whose 1960s retro-style cover is bright orange and features a photograph of a relay runner crossing the finishing line in a race.

The Guardian's review called the book "verbose, tangential, unfocused" and "bewilderingly all over the shop".

Its music editor, Michael Hann, added: "Do not read this book; do not sully yourself with it, no matter how temptingly brief it seems."

Many comments on Twitter focused on the book's sex scenes, including one describing a "giggling snowball of full-figured copulation", written by a star who once claimed to be celibate.

"Might as well call off the next bad sex awards thanks to Morrissey," wrote journalist Rhiannon Lucy Cosslett, referring to a joke literary gong awarded each year.

Morrissey published his autobiography in 2013. Earlier this week, he played what he said could be his last ever live show in Britain due to a lack of interest from record labels.