My street cred in the black community is huge: Raging bro explains how he ‘settled’ Brooklyn 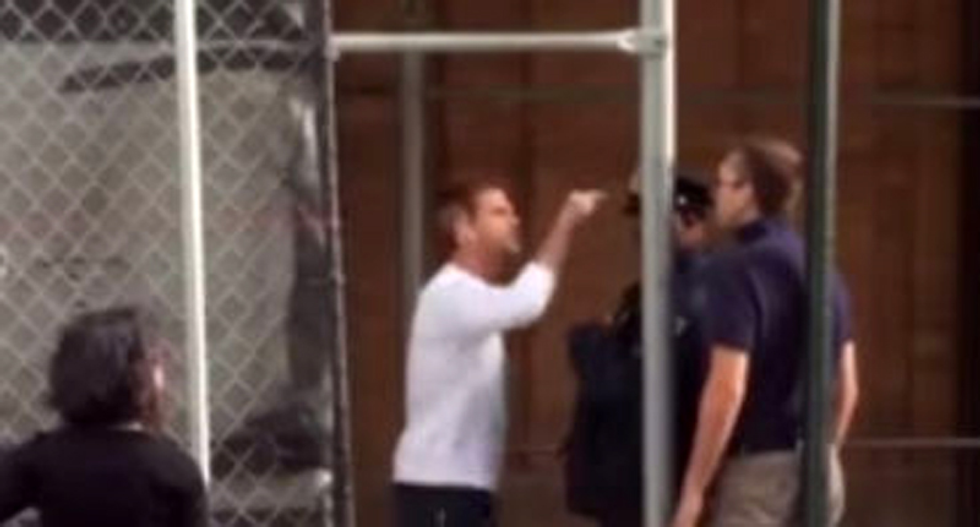 The white jogger who caught on video screaming at a white couple in Brooklyn that he "settled" the neighborhood for them so they could live there has spoken up about the incident and explained his tirade by saying he has "huge street cred" with African-American New Yorkers.

The man, who wants to be called only B.A. to protect his identity, told Gothamist how the incident started and explained the obvious -- he has a short fuse. He also stressed his status as a native of New York and seemed to veer ironically into hipster territory when he said he was the first to live in a rough area because no one else wanted to at the time.

"When I came down here, Myrtle Avenue here, it was abandoned. When I used to go down to the liquor store down there, the black people would all run, because they thought I was a cop! So when I tell you I’m having a fight about white privilege with this man, I’m slightly guilty because I’m moving in to gentrify a neighborhood, except I’m the first one here when nobody wants to live here," he said.

The video, which surfaced this week, shows B.A. yelling at a man and a stroller-pushing woman to "back the f*ck off me."

He says the woman wasn't watching where she was going and pushed her stroller into his leg.

"So I said a snarky thing, which the brothers say to me when I bump into them, which is 'excuse you.' We all know that's acceptable in New York. It's a little dicky, but that's what people say," he said, adding that instead of apologizing the woman begins yelling obscenities at him.

As a security guard stands between B.A. and the man, B.A. paces around him and yells. At one point he yells, "You're new in the neighborhood. I've been in this neighborhood. The only reason white people like you are living here is because I settled this f*cking neighborhood for you." This statement elicits laughter from bystanders. "Thank you white guy," one bystander laughs.

He then points his finger at the woman and says "White privilege! White f*cking privilege! You pushed your stroller right into me."

The Gothamist shows a cut on B.A.'s leg that he claims came form the woman's stroller.

While B.A. didn't want to watch the video because he knew it looked bad, he admitted he regularly has conflicts with people who he doesn't think are treating the city with respect. Like yelling at a "Wall Street guy" who didn't show respect to local park regulars or confronting a couple laying on a blanket at a park for not picking up trash by saying, "I pick up my dog’s shit every day so you can fuck your girlfriend in this park at night."

He said he loses it and terrorizes people with these outbursts because he feels a sense of ownership of the city.

"When you feel you have ownership of something, you cherish it and you take care of it," he told Gothamist. "As soon you feel like you’re just working here or just visiting, you don’t treat it the same way. So what I have in this city is ownership. When I look at the concrete I think, oh my blood mixes with the concrete."

Watch the video of B.A.'s confrontation, as posted to YouTube by Your Channel: