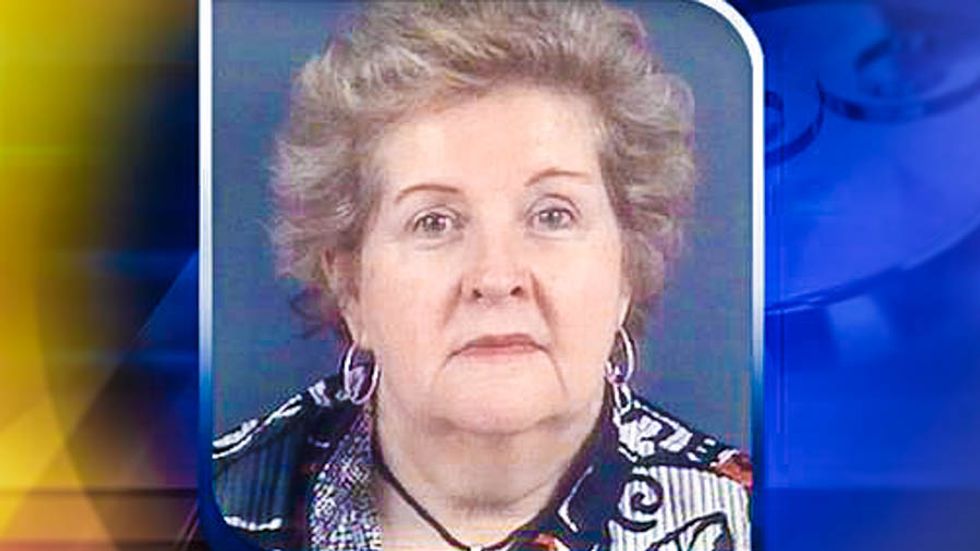 Freedom Christian Academy co-founder Joan Ellen Dayton was expected enter a plea on Tuesday to charges that she knowingly allowed a sex offender to work around students and then tried to cover it up.

According to the Cumberland County Sheriff's Office in North Carolina, Dayton violated the Sex Offender Registration Act by "aiding and abetting the violations committed by Paul Conner of being on school property," the Fayetteville Observer reported.

Investigators said that Dayton allowed Conner to work at Freedom Christian Academy during the 2011-12 academic year while his wife was working as a teacher. The sheriff's office was notified after a parent discovered that Conner was a sex offender.

Dayton surrendered herself at the sheriff's office on Monday. She was charged with three Sex Offender Registration Act violations, including conspiracy to allow a sex offender on protected premises.

"There's a duty, particularly on the school principal - a statute that provides a duty for persons who are aware of a sex offender violating the registration act," Cumberland County Sheriff's Office attorney Ronnie Mitchell told the Observer. "Their duty is to report that. Not to cover that up. And so a failure to make that report to law enforcement is itself a separate felony."

Mitchell suggested that a plea agreement would not include jail time.

"I don't know. I would not think so," he said. "As I understand the plea agreement, it doesn't really contemplate that."

In May, deputies had served a warrant on the school in connection to allegations that officials had changed the grades of athletes and other "favored" students “to increase the reported level of performance.” At the same time, deputies suspected that "students not favored by administrators had their grades reduced," WRAL reported.

"We were investigating academic fraud allegations," West said. "It takes a long time to review all that data. And the school performance of the persons subject to academic fraud. In addition to that, while we were doing that investigation, there were the ongoing plea negotiations that culminated in this."

But Mitchell said that Dayton would get a pass on academic fraud charges if she accepted a plea deal on the sex offender violations.

The school was also not expected to face any sanctions because it "acted through Joan Dayton," Mitchell noted.

Although Dayton had taken a leave of absence for the current school year, she surprised sheriff's office officials by visiting the campus on Friday.

"Since she hasn't been charged yet, she's not under any stipulation to not be on campus," Mitchell pointed out. "But I'm a little surprised she would be on the school property having told a number of people - including some attorneys - that she was stepping away and would not be involved in the school."

"I'm a little surprised at that," he added. "And one has to wonder about good faith. It does at least raise the question of operating in good faith."