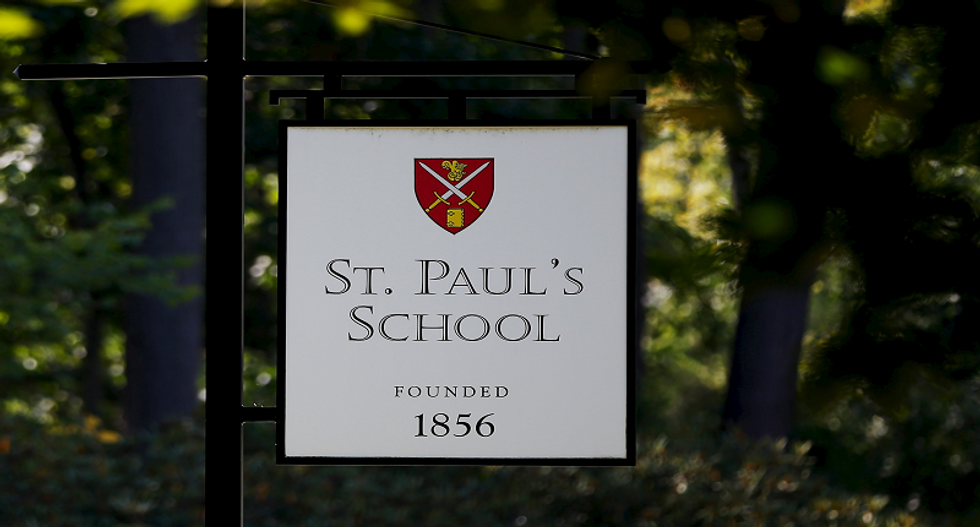 The moves by schools like Phillips Exeter Academy, Phillips Academy, and St. Paul's School mirror a broader campaign at American colleges and universities to crack down on rape after several cases that drew national attention.

The exclusive New Hampshire boarding school Phillips Exeter said it is drawing up a program to encourage students to intervene before a coercive sexual encounter happens and St. Paul's announced it is clarifying punishments for violations and also lined up a series of speakers on subjects like "men and masculinity."

The efforts come after St. Paul's student Owen Labrie was tried in August on charges he raped a freshman girl days before he graduated from the prestigious, 159-year-old New Hampshire boarding school.

Labrie, 19, was convicted of having sex with a person under the age of consent and of using the internet to "lure" the 15-year-old but he was found not guilty of three felony rape charges. Prosecutors said he forced himself on the girl as part of a tradition known as "senior salute," when seniors seek sexual or romantic encounters with younger students.

"We are acutely aware ... that this trial has raised important and troubling questions for all schools, everywhere, about adolescent sexual activity, the uses of technology, and most importantly, the developing capacity of adolescents to make good decisions, to feel empathy, and to respect and honor each other’s humanity," Lisa MacFarlane, principal of Phillips Exeter, wrote in a letter to parents.

The question of whether a school is responsible for preventing sexual misconduct among its students is especially sensitive for private schools, which can charge tuition upward of $50,000 a year and which are expected to go beyond academics to inculcate values.

In her letter, McFarlane outlined series of steps the school would be taking this year, including developing a program modeled on one used at the University of New Hampshire that encourages peers to avert sexually aggressive behavior before it starts.

The "bystander empowerment" program is meant to make students feel comfortable challenging others and to come up with strategies to remove a friend from potentially dangerous situation, like party where alcohol is being consumed.

The school also emphasized current programs, such as a required course dealing with sexuality.

St. Paul’s Rector Mike Hirschfeld has sent nearly a dozen letters to parents in the past year. He said the school had invited expert speakers to campus and altered the wording of the student handbook to clarify that students will be expelled if they play any games of "sexual conquest."

"Our work continues as we strive to strengthen our Living in Community curriculum, develop new bystander intervention training for all students and heads of house, and conduct a review of School policies and practices surrounding student conduct and discipline," he said in one of the letters, all of which are posted on the school's website.

Phillips Academy in Andover, Massachusetts, also told parents this month about new programs "related to sexual behaviors and respecting others." It said it added language to its conduct code regarding relationships and sexual consent.

William Hannum, a Massachusetts attorney who has advised private schools in legal matters, said school administrators may be concerned about legal liability. He said several independent schools have contacted his firm since the Labrie trial.

"I think it would be a best practice for there to be some age-appropriate training on 'no means no, yes means yes,'" he said. "The education on that should start sooner."

David Finkelhor, the director of the Crimes Against Children Research Center at the University of New Hampshire, supports teaching young people to intervene when they become aware OF an aggressive sexual encounter that may take place. Finkelhor also said it is important for schools to put forward role models, particularly for adolescent males.

"There is a culture among some schools and some boys that put a very high premium on scoring," he said. "That kind of set of attitudes can increase the likelihood of sexually assaultive behavior."